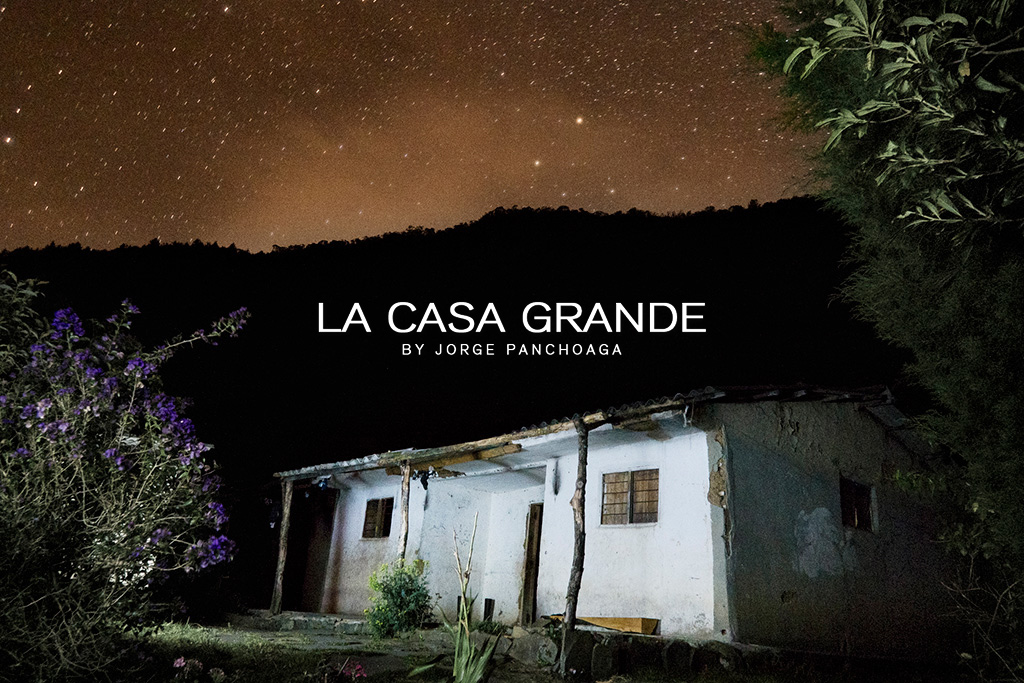 La Casa Grande is a work that reflects on an indigenous family living in Cauca. It approaches territory as a social setting essential for constructing a cultural identity and simultaneously surviving in time despite armed conflict, stigmatization and the modern pace of life the country seeks to achieve. Identity has become an important issue in recent years, and social individualization is rooted in the understanding of this social aspect: replacing the individual’s group condition with a civil one. This work highlights the importance of union in surviving and resisting time, and reflect son the great pillars of the construction of indigenous identity: community, home, family, cultural heritage and the need for a territory to inhabit. Ambaló, the place where these pictures were taken, appears a peaceful land, which all of us who live in Colombia wish for. These surroundings contrast with the image we have of Cauca, as one of the provinces most severely affected by armed conflict and forced displacement. The images in this work lead us to imagine intimate spaces suggesting the value of these stories experienced at home, a space that has been snatched from many Cauca residents. Light is used to reveal other possible worlds, using the darkroom created in each of the houses. Each image transforms the daily outside space, enabling us to visualize Cauca and a country of peace and abundance, using our capacity to imagine a more magical world, where respect for life reigns. 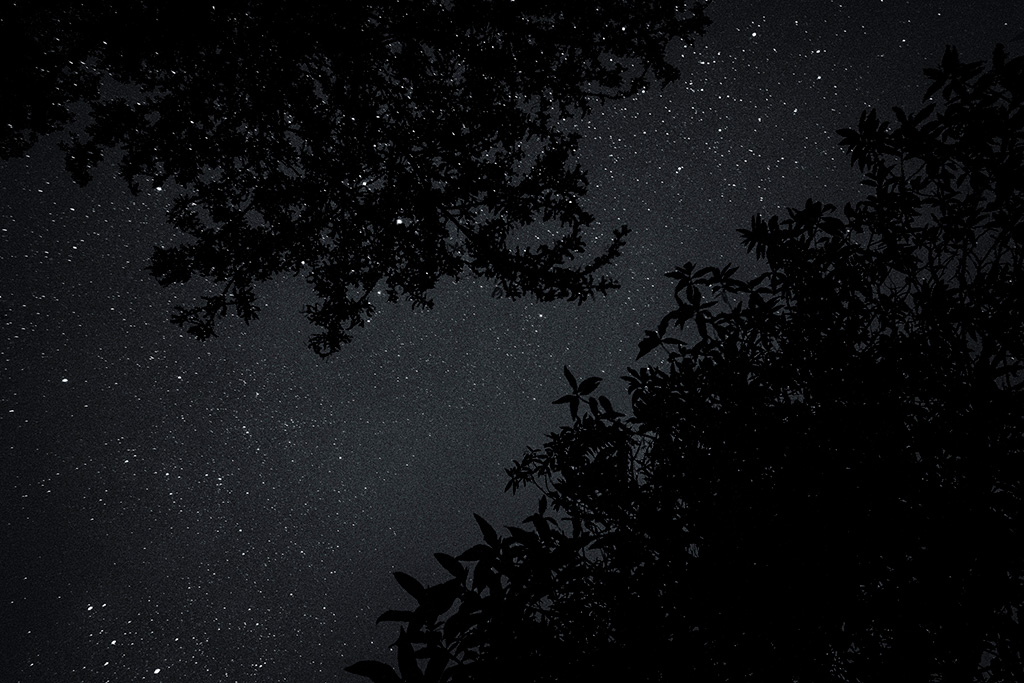 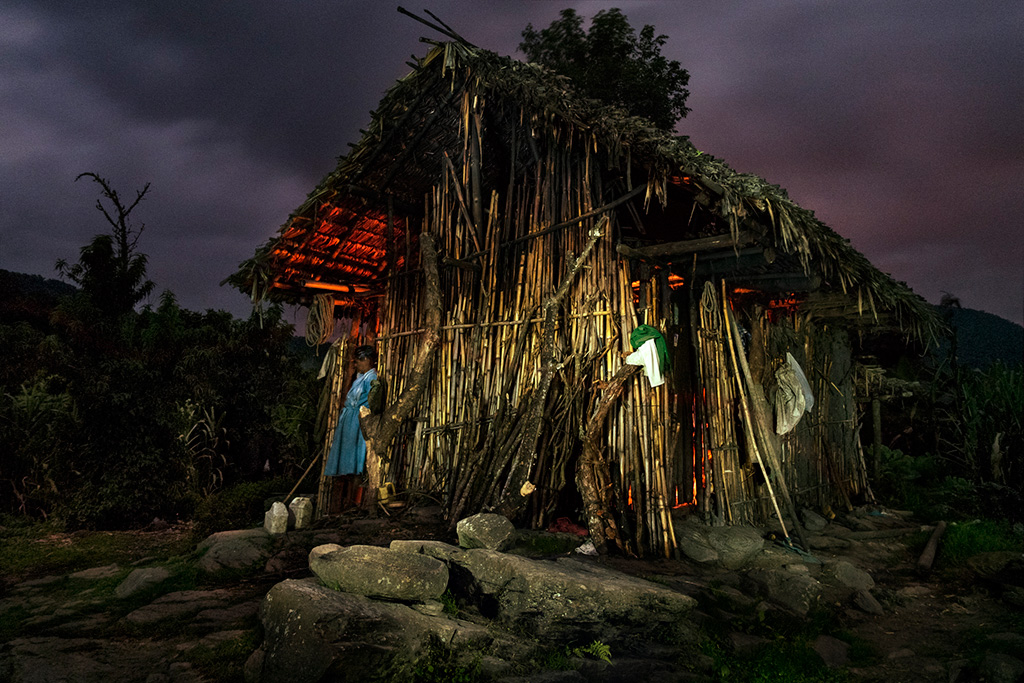 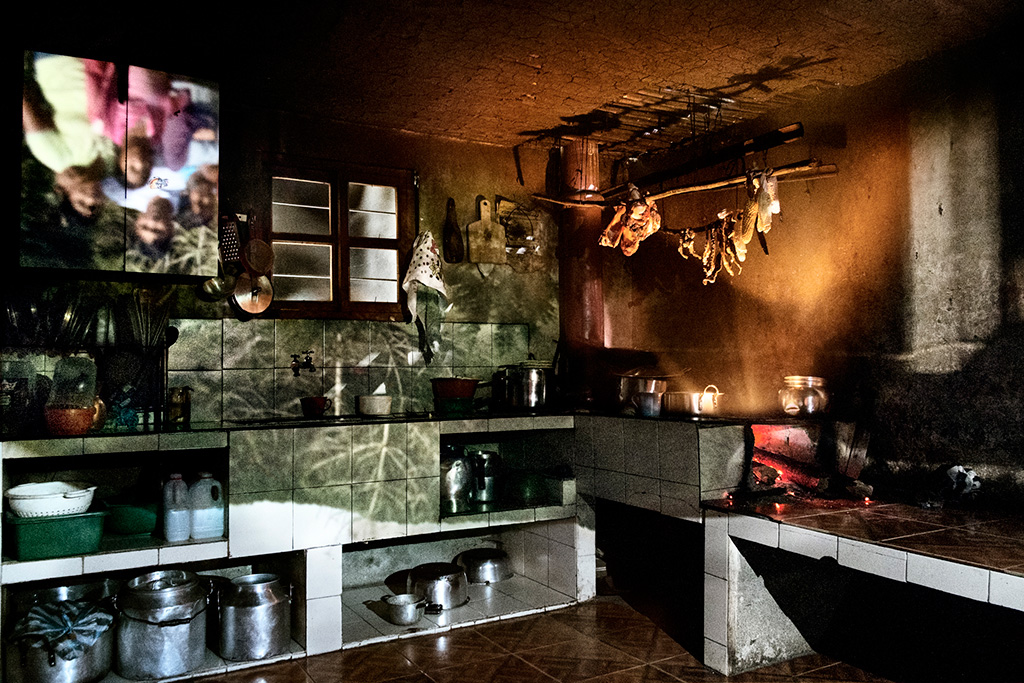 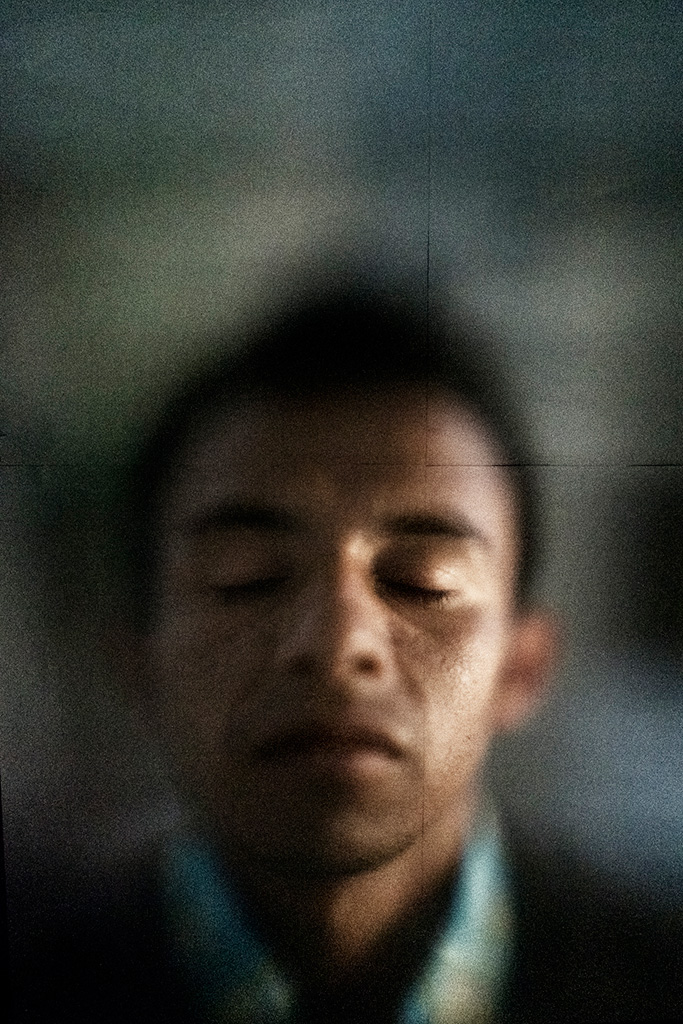 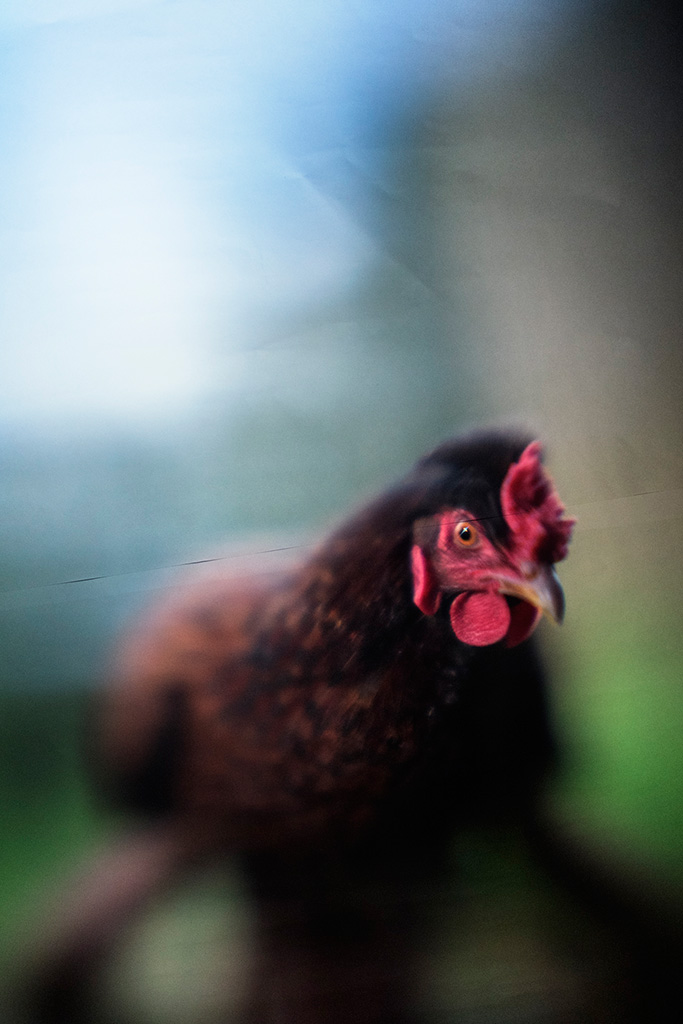 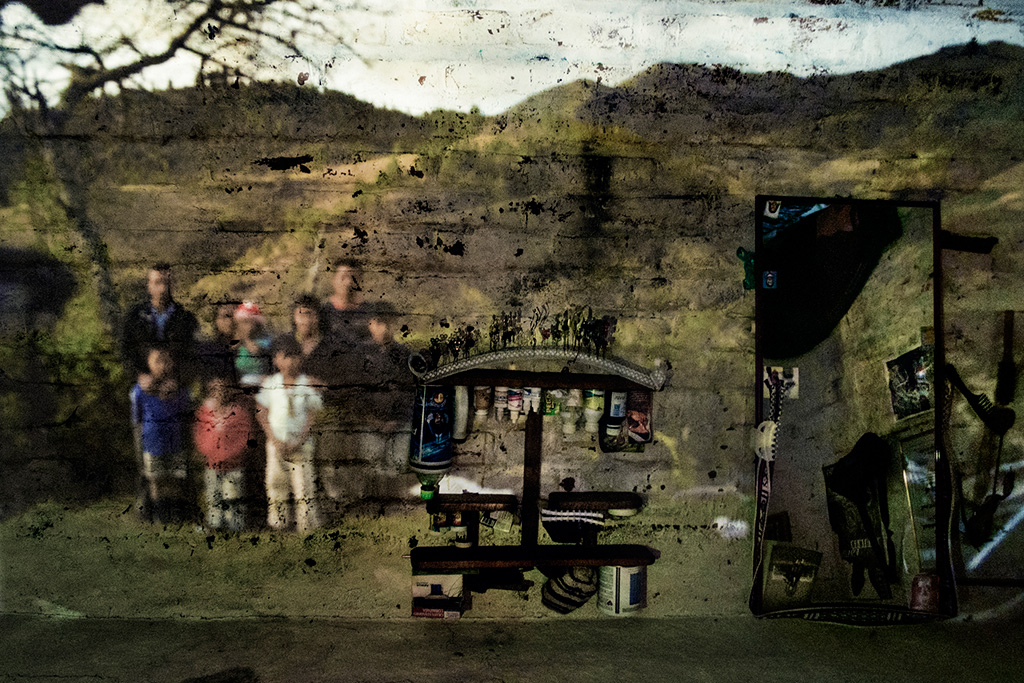 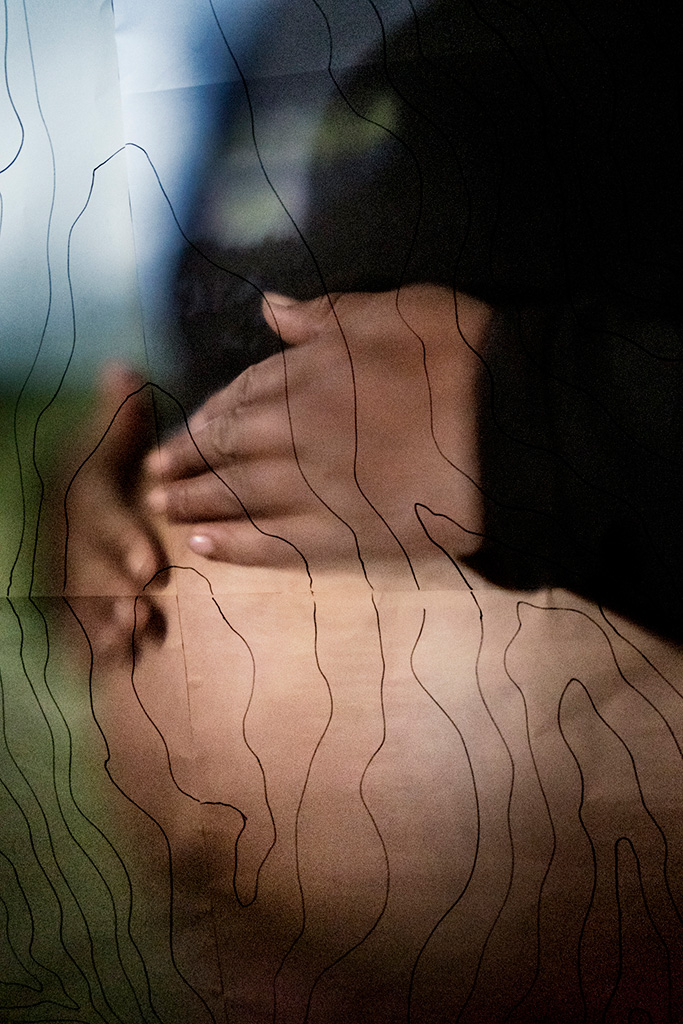 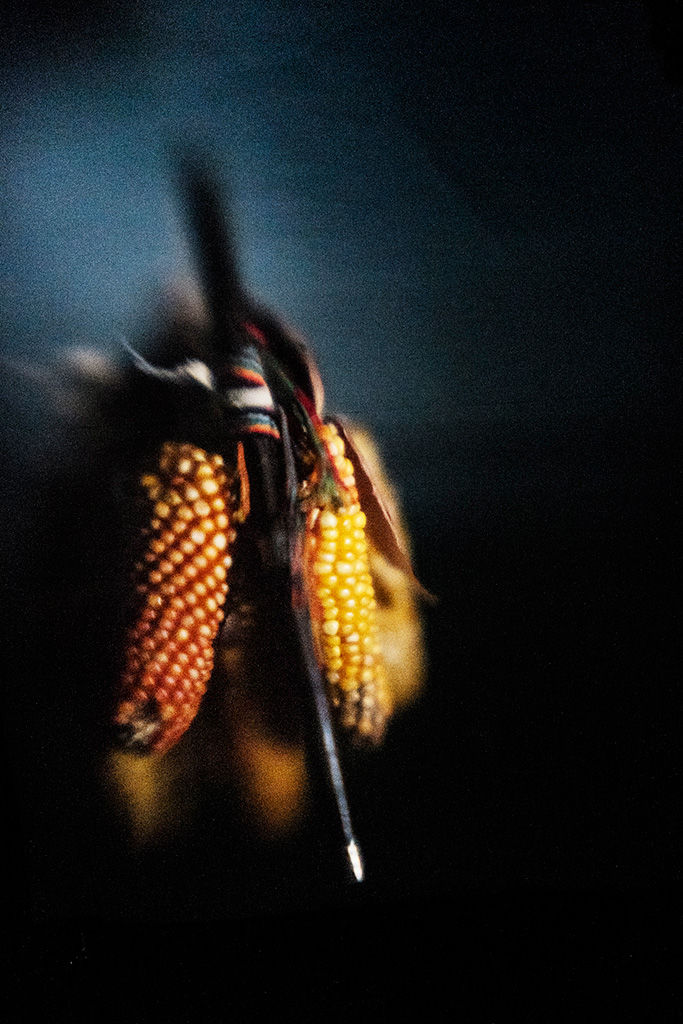 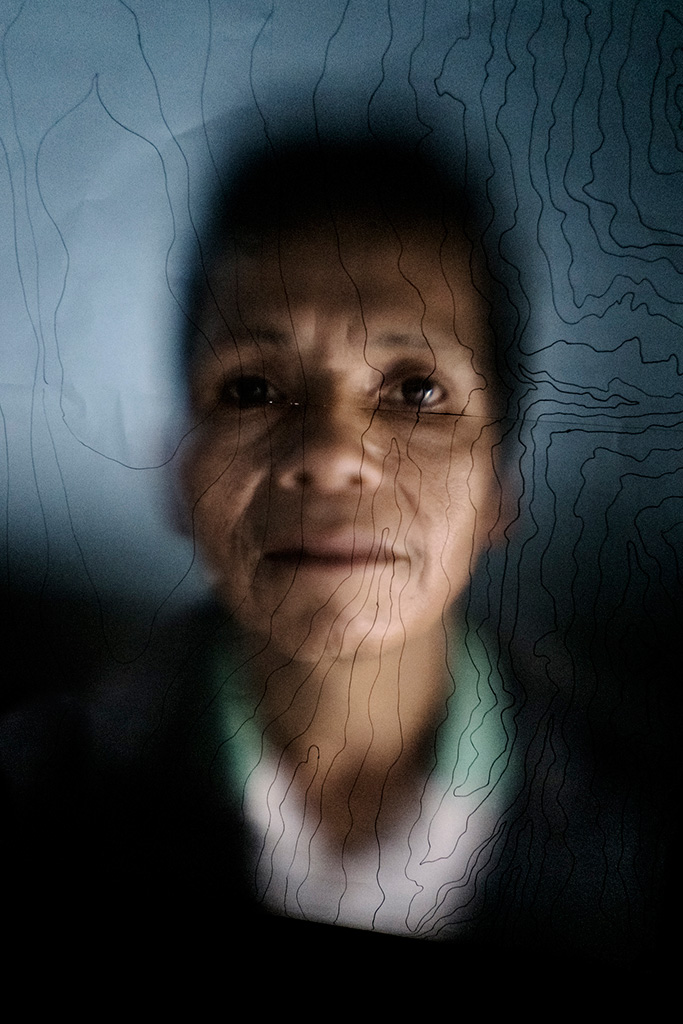 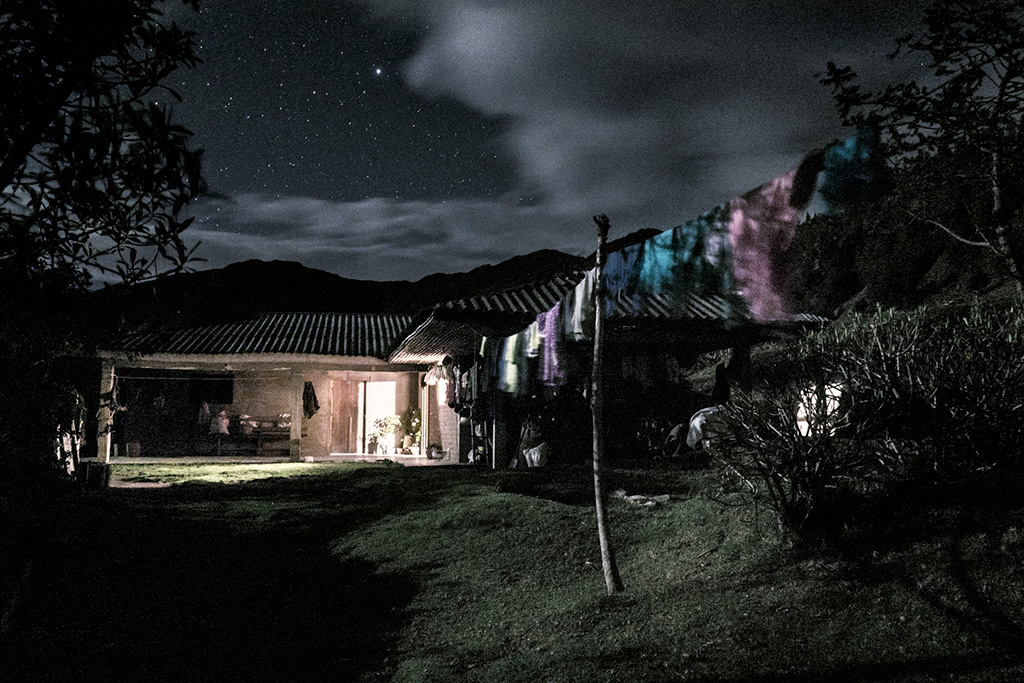 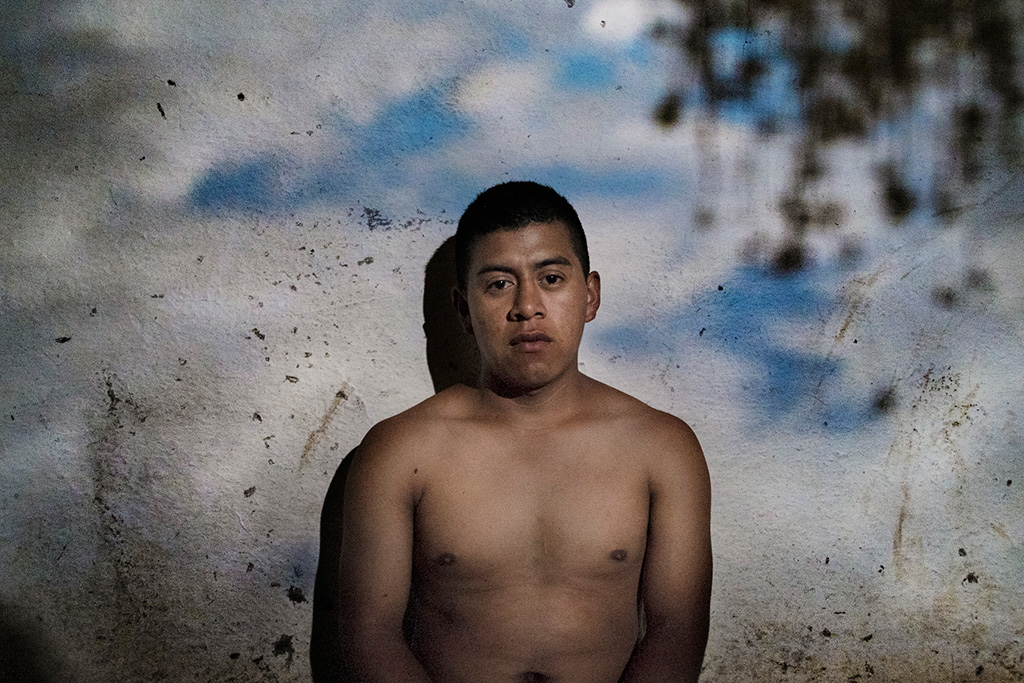 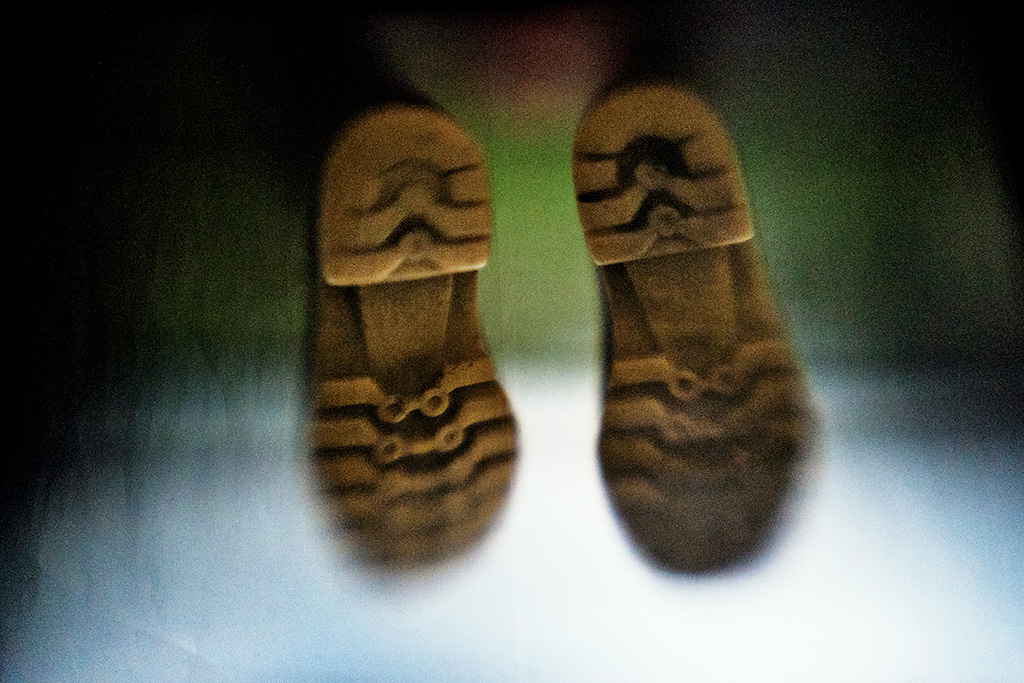 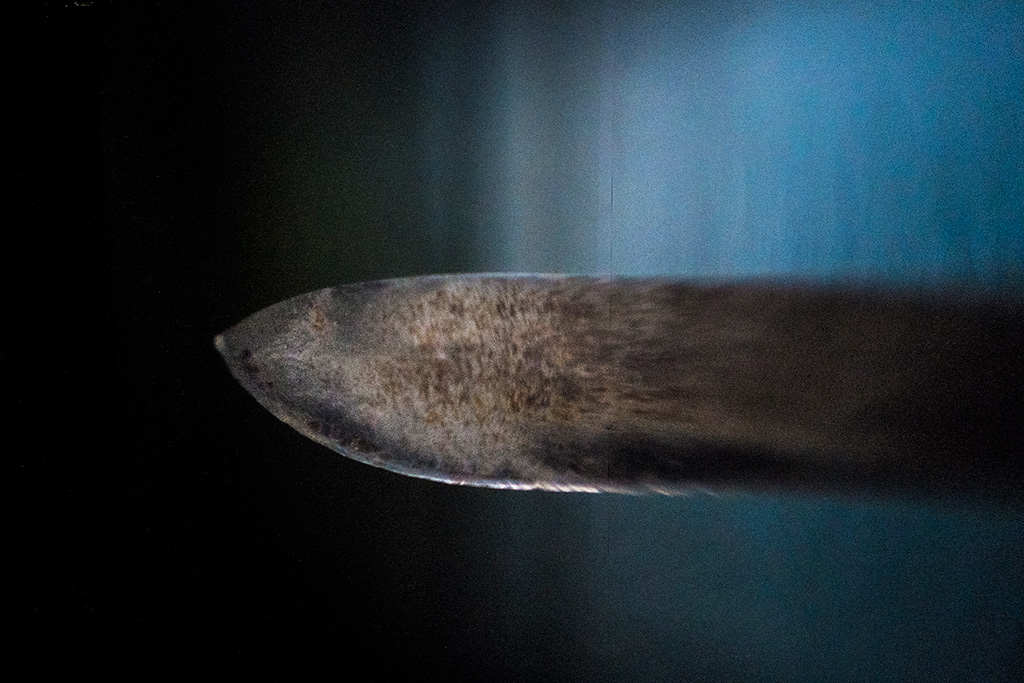 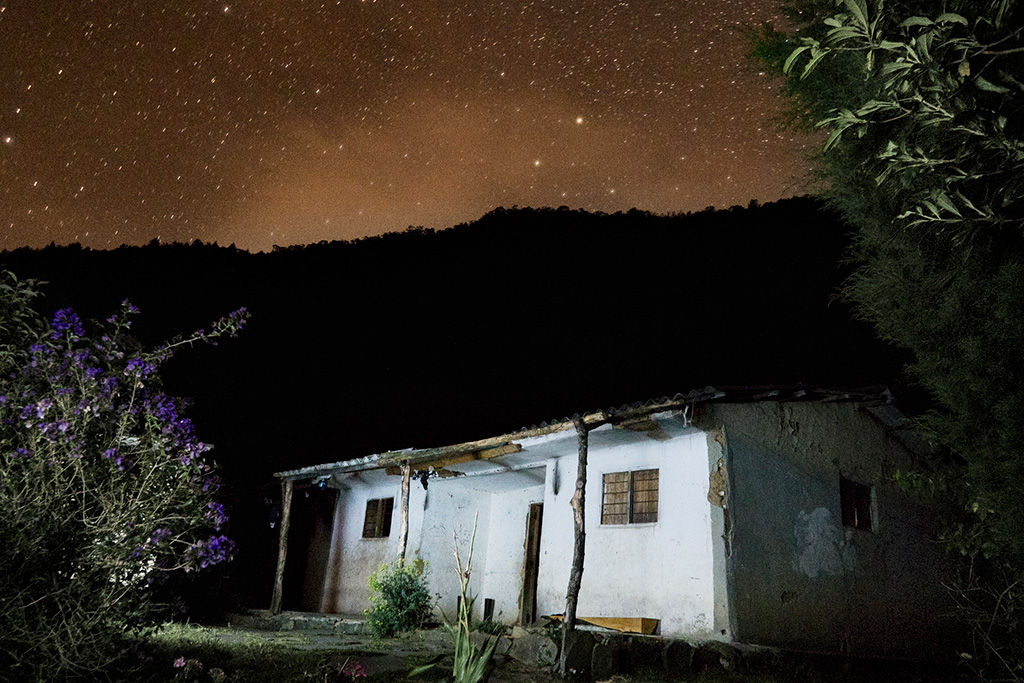 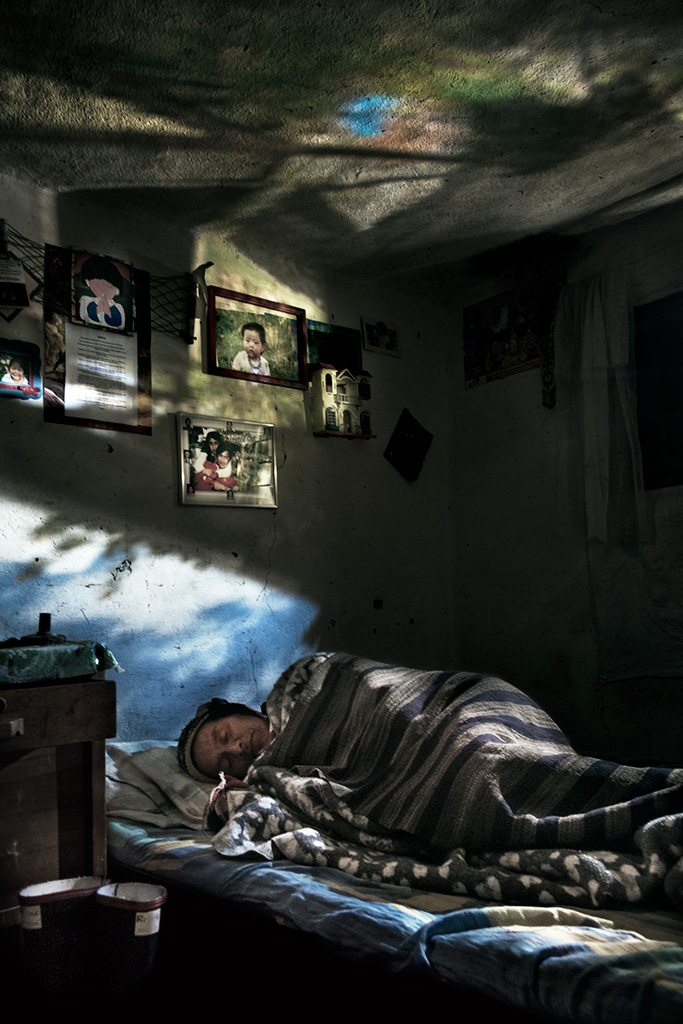 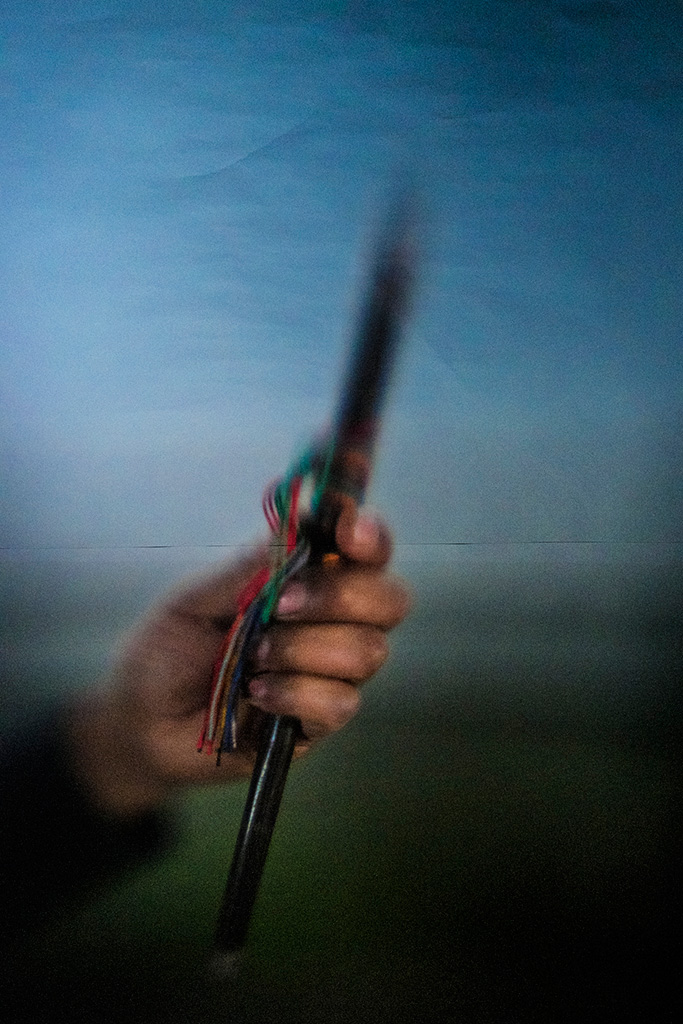 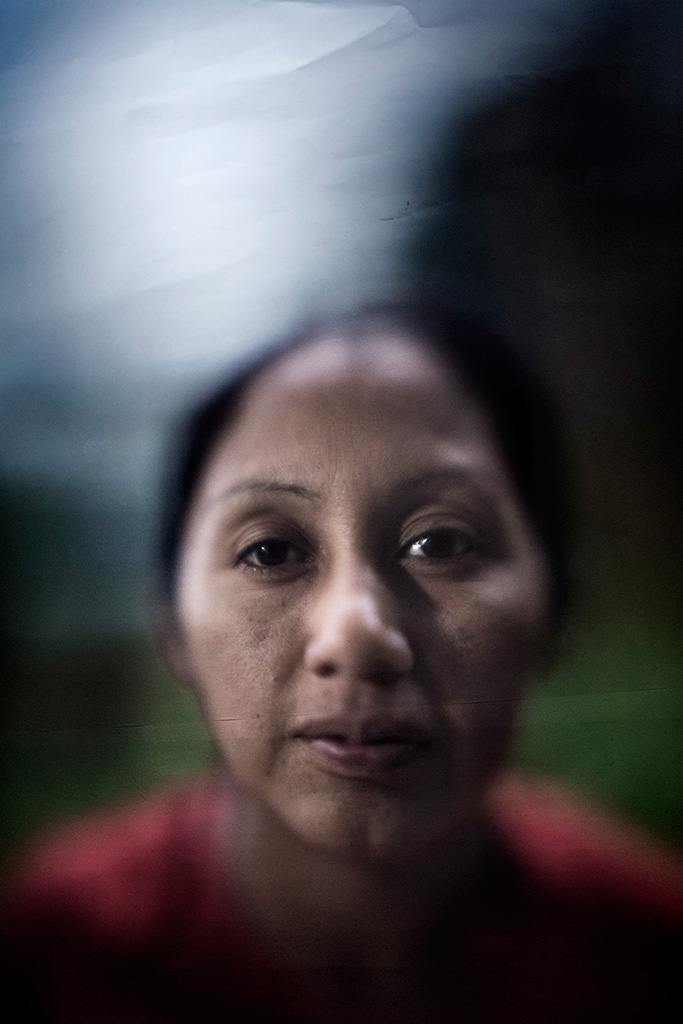 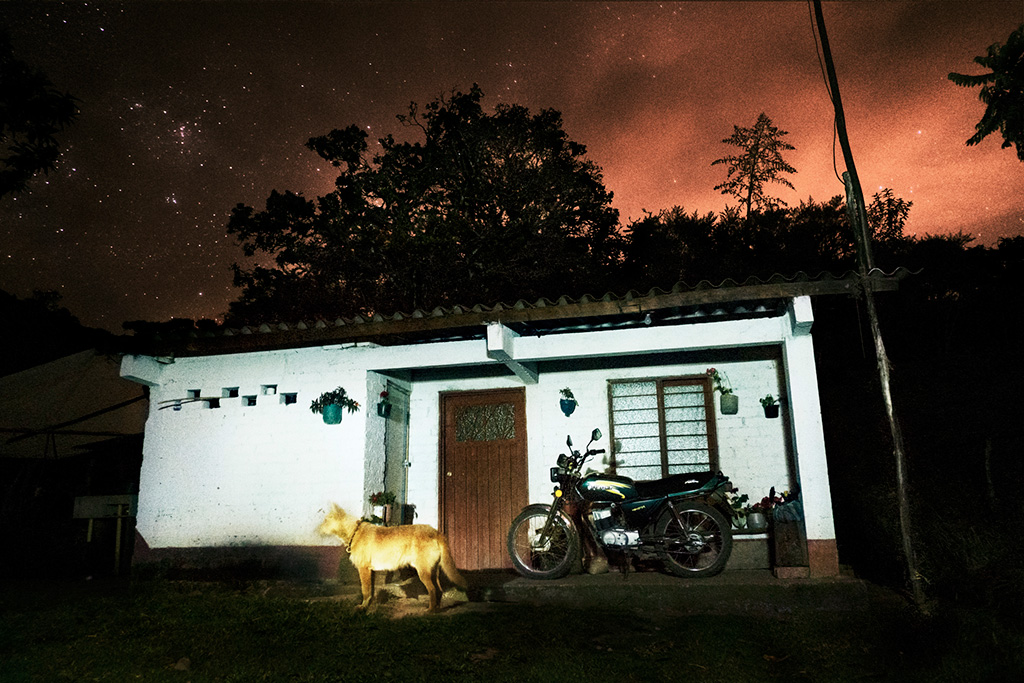 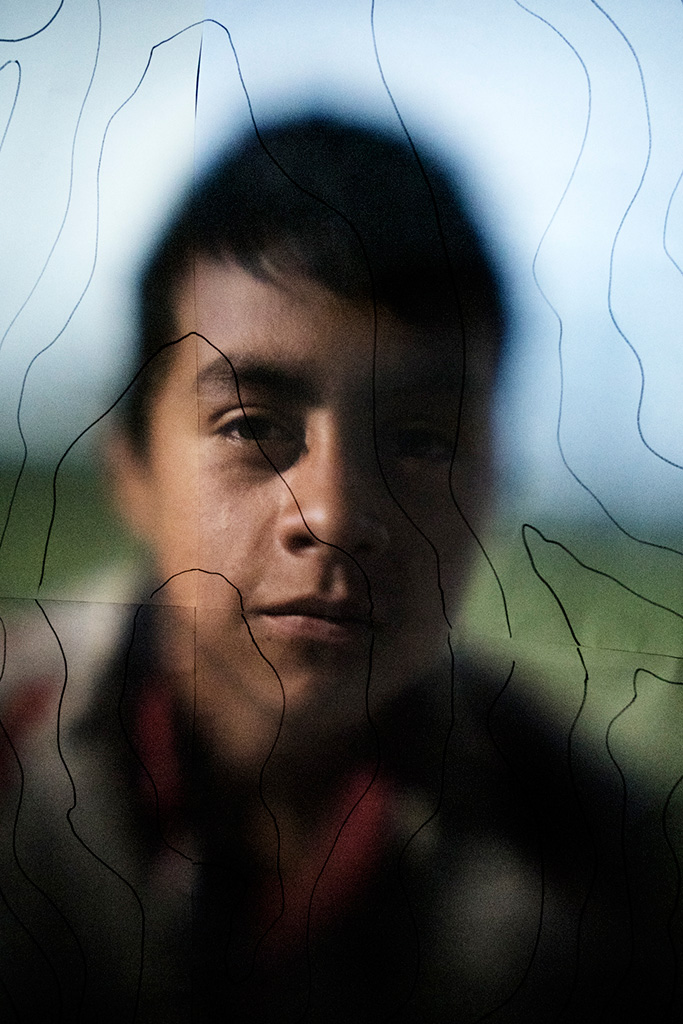 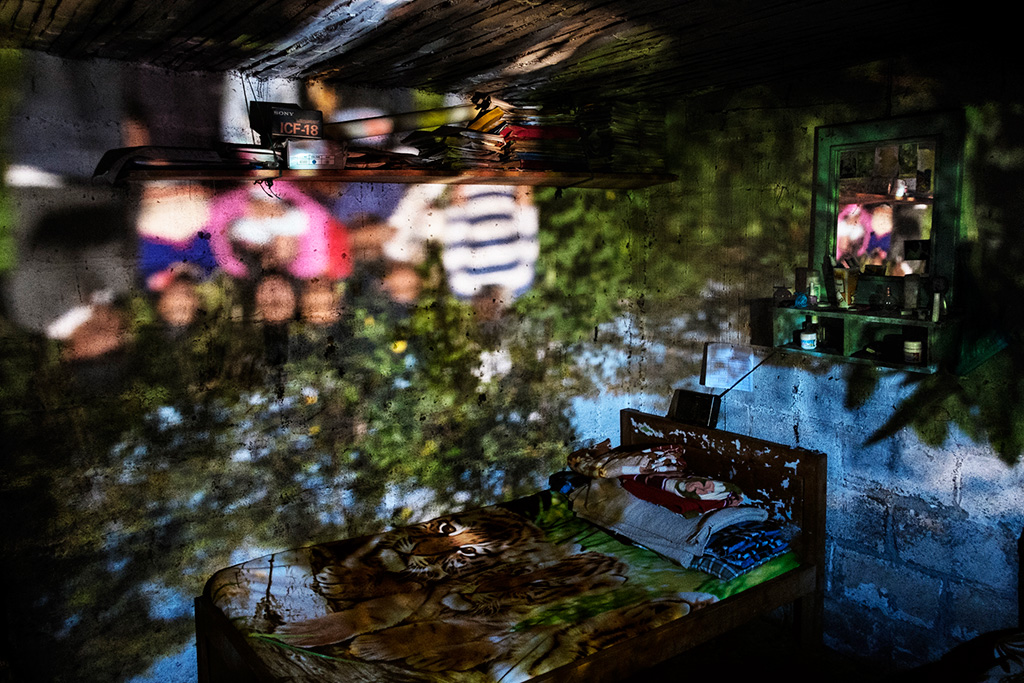 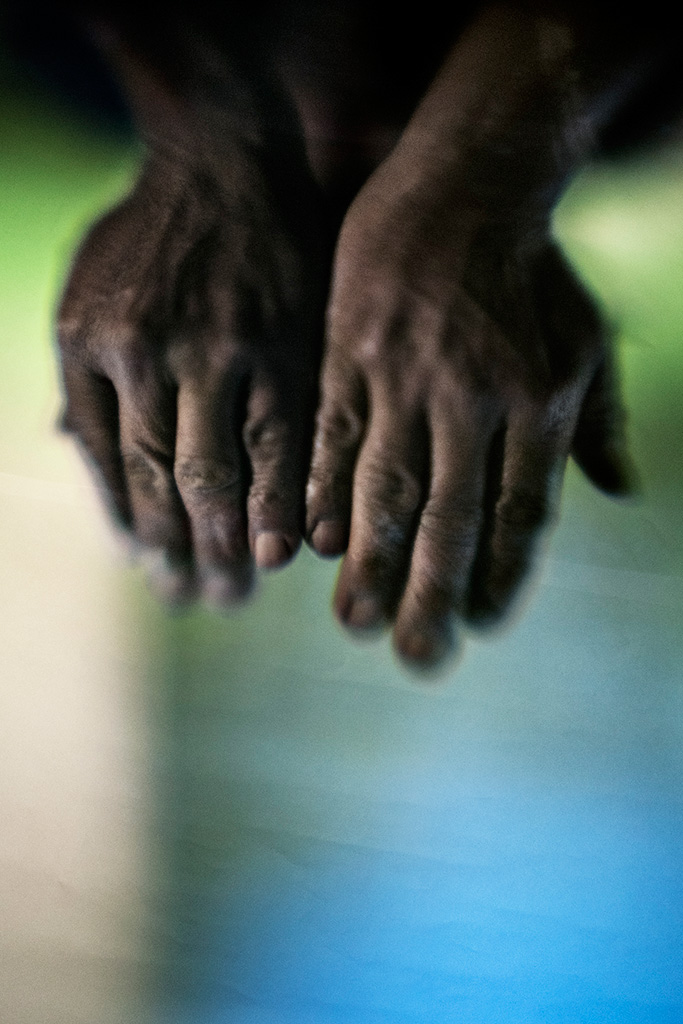 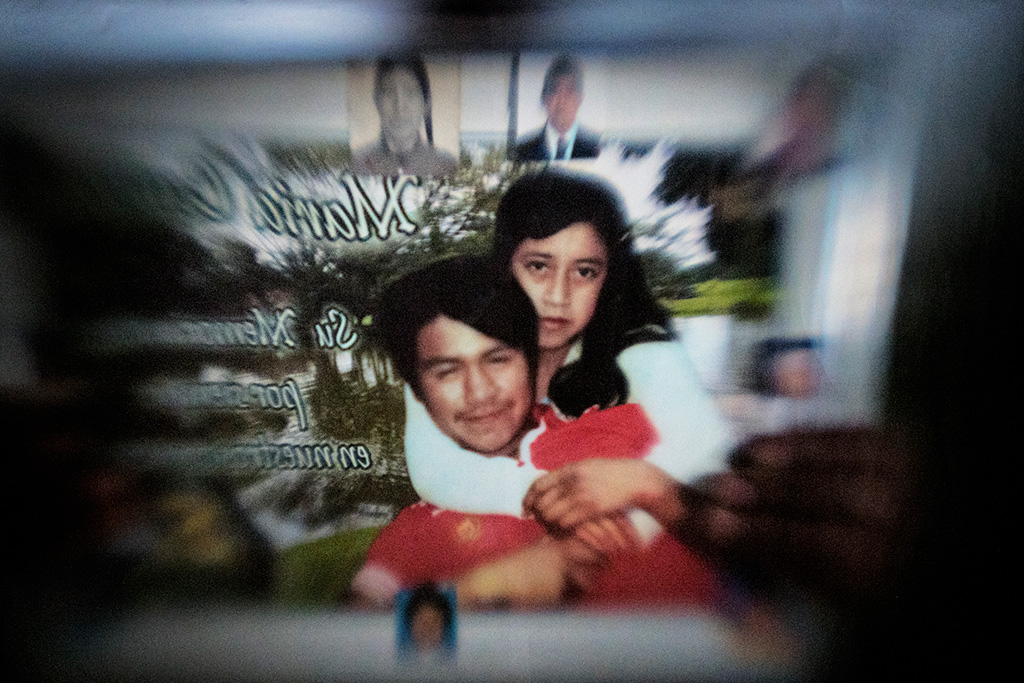 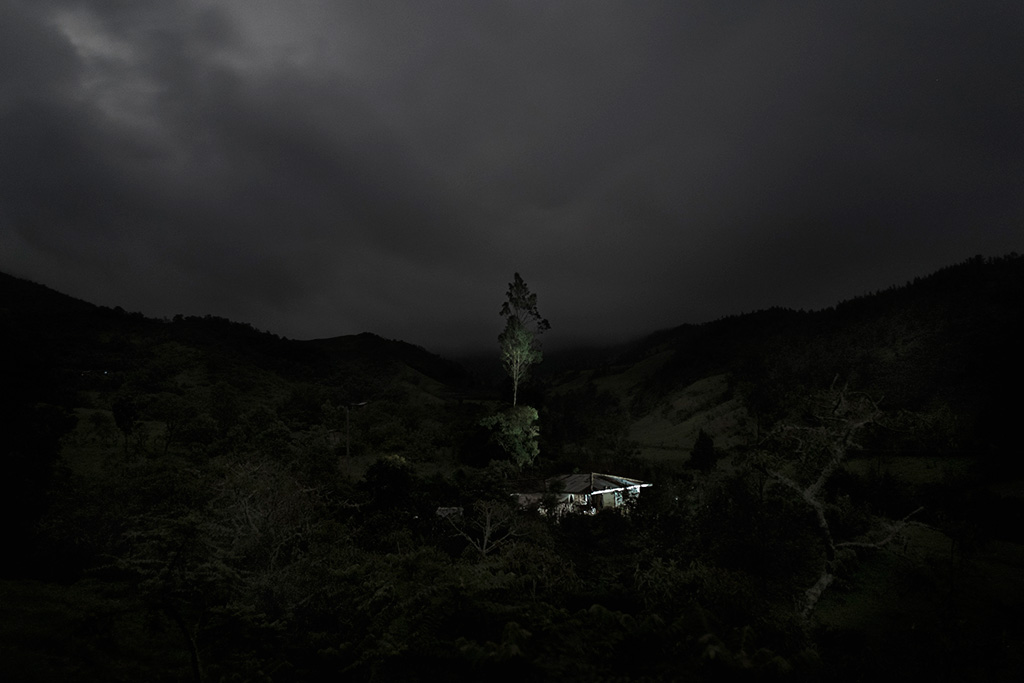 “He linked his life to the bitterness
of those whose only roof is the firmament,
whose only milk is the hard soil,
and whose only pillow is their sad thoughts.”
Ninfa Aracely Manzano,
Beyond my sadness, Popayán, 2009

The province of Cauca has historically been socially and geographically important to Colombia. Firstly, as an indigenous enclave in which communities such as the Pishau, Nasa Coconuco, Misak coexist, linked by trade and interethnic policies. This region was already inhabited when the Spaniards arrived. In 1537, Ampudia and Añasco fought the indigenous groups led by the Cacique Payan y Calambas, in a 30-day struggle in which the former’s superior weapons enabled them to defeat the caciques. After the war, showing that struggle was not the only means of resistance, there was a severe famine, during which there was nothing to eat for months. “In a suicidal act of resistance, they then decided to refuse to sow and harvest, thereby hoping to expel the invaders from their territory”, wrote the chronicler Andagoya. Colonial social life was marked by the subordination and exploitation of the indigenous population, as a reward for the campaign to conquer them. Subsequently, during the fight for independence and the construction of the nation-State, the Cauca contributed soldiers to the struggle. In that context, there was clearly a secular relationship between the individual, his assets and his heritage. The land was the homeland, the physical embodiment of the nation, designed to replace the local with the national and its identity, ignoring singular, varied stories in favor of a unique national history.

The 1821 map issued by the Popayán council members to the new center of power: Bogotá, reproduced the relations of social, political and economic subordination that characterized indigenous social life in the colony . The Republican laws sought to favor the hacienda system rather than providing protection, thereby obtaining free labor from the indigenous populations. Thus independence did not truly change conditions, however the indigenous people resisted through their traditions and way of life. In 1991, the country’s cultural diversity was recognized, yet for decades the territory has been mired in a war which it has proved impossible to end. In 2012, several reports indicated that the province of Cauca was a social setting in which the most families were forcibly displaced . In total it is estimated that over 700,000 persons abandoned their belongings and living space for various reasons, mainly armed conflict. There has been resistance in all these contexts, not always as a strictly political event or act of protest but also as an everyday act in which heritage, family stories and community life prevail. Indeed, resistance is sown in Casa Grande, in the form of territory.

Every human being has a piece of sky to gaze at, intimately linked to the territory in which he was born to live with his family, and to his window, and what he inherited from the elders to link the construction of an identity to the earth and his fellow men, thereby constructing a vision of the world. Home, as the first social setting, is a means of consolidating the basic social nucleus of any community. There, cultural differences are established, stories and myths are transmitted to identify the person, and the universe is constructed in every society. Consequently, difference unites us in the home and family, as we inherit all our forefathers’ knowledge, living in similar spaces, sleeping in different but similar interiors, and using tools to survive and relate to our environment. In the home, we are all a fundamental part of a cosmic and vital world, and at the same time a world that expects us to construct a dialectic of life.

The dark rooms1 have been built with the families and friends that we have made in the course of this project. Entering the territory, each interior and space in the home, is and represents this historical, identity process whereby family, culture and territory are linked in an unfathomable unity, impossible to defragment. The kitchen as the best place for handing down the knowledge of the elders. The bedroom as a setting for dreaming of possible worlds. Walls on which to hang the memories that indicate our social evolution. At the same time, the inverted images remind us that it is possible to transform our reality.

The portrait subjects are objects and persons. These brought me into contact with everyday life and historical symbols, and at the same time, enabled me to understand their way of life and each character’s personality. Many portraits in this series are anonymous, not because they do not have a name but because they celebrate the value of union, and create the possibility of being each of us. Finally, the homes have been lit with each family's lanterns, and the photos have been sealed by family members, as I painted the house with the light of their torches. This exercise taught us that it is crucial to imagine and build together.

The images displayed here are based on this construction of friendships and my curiosity to learn about the historical indigenous resistance. These are a joint work, to depict daily life and carry out a task not common in photography: imagining new potential realities, a crucial dynamic in the epistemic philosophy of constructing new worlds, in which the home and tranquility of the Cauca and Colombian family are possible.

1 The darkroom is an optical tool that allows a flat projection of an external image to be projected on the inside of its surface. It is one of several ancient procedures that led to the development of photography. Today’s photographic devices inherited the word camera from the ancient dark rooms. It consists of a closed box with a small hole through which a small quantity of light enters and projects the image of the exterior onto the opposite wall. The hole serves as a convergent lens and projects an image of the exterior, inverted both vertically and horizontally.

Jorge Panchoaga (Colombia, 1984). Lives and works in Colombia. He teaches the specialization in Photography at the Arts Faculty of the Universidad Nacional de Colombia. As a photographer, his interests focus on socio-cultural issues of identity, memory, language, cultural change following conflict and man’s relationship with the landscape. He graduated in Anthropology from the Universidad de Cauca. He is a photography specialist at the Universidad Nacional de Colombia. He is an X-photographer at Fujifilm Colombia, and belongs to the +1 Photography Collective. His work is available at: jorgepanchoaga.com/
Tags: Gallery Colombia Jorge Panchoaga