Time is creation, argued Henri Bergson: “The more we explore the nature of time, the more we will understand how duration means invention, creation of forms and continuous production of the absolutely new.” (2007, p. 30).

Only insofar as time is perceived and received does it exist and acquire meaning for man. Photography and literature are two artistic media through which humanity has recreated duration and development. Both disciplines encapsulate instants: literature, a sequence of them, and photography a single instant that reveals or implies a before and an after. They capture time to show a legible fragment of its movement. Regardless of whether what they depict and relate is real or fiction, a text or a photograph bears the traces of the passage of time.

The two languages represent this passage through various forms and processes, based on the position, movement and speed of the observer-narrator, which can broadly be summarized in three moments: 1] stopped time: a literary vignette or frozen image of a scene in which the objects and/or characters are time frames depicting something that happened or is about to happen; 2] the visual tour from a fixed point: images or texts that draw the gaze or reading towards the various focal points of a panoramic photo or a written narrative, generally in the present, in which the narrator reveals to the reader the space-time in which the action takes place through descriptions; and 3] movement: where the actions of the story comprised in an objective period of time, including the stream of consciousness, are visually narrated and represented.

The reality described or depicted in photography and literature is not only an interpretation of the facts but also of their duration and the continuous movement of the story and the events contained in it. In both disciplines, time is a reference, structure and metaphor. It is a fundamental part of the framework of both media, and is also represented and reconfigured as an image of the expression of literary and photographic discourses. It cannot be explained or demonstrated: “The artist who works with photography or stories does not provide solutions, but rather answers people's questions with another question, a more refined, aesthetic one: a doubt answered with a metaphor.” (López Aguilar, 2002). 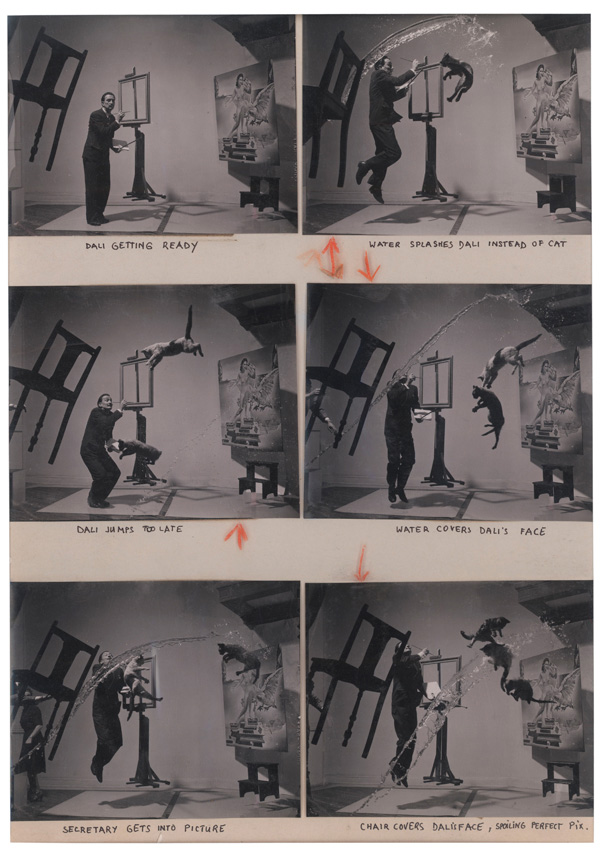 The narrative construction of time in the image

In photography, the artist chooses the setting, frame and significant object inside the visual narrative he or she wishes to convey. When actions or movement are directly involved, he or she chooses and captures the "decisive moment" in which the Barthesian punctum is unveiled, the point at which all the elements, signs and marks that lend meaning to the image are incorporated.

Photographic discourse, like many artistic languages, has a double spatiality and temporality: on the one hand, it constitutes a two-dimensional space [s1] that represents an illusory, three-dimensional space [s2]. On the other hand, there is the time of representation [t1] – that is, the real time when the photograph was taken –, and the time represented in the image [t2].

Time in a photograph is constructed by linking various elements that can be observed on different levels. These elements include rhythm, tension, sequentiality, the representation of duration and references to the definition of space.

The space and time of representation are fundamental elements of photographic composition: on the one hand perspective, depth of field, interplay of plans, balance, proportion, visual tour, iconic order, tension and rhythm; and on the other instantaneity, longevity, sequentiality, symbolic and subjective times and narrative. Perspective and various planes create perceptual gradients that construct the three-dimensional space and movement in the images. The rhythm is observed through the repetition of elements and the way they are organized in the composition. Saturation, empty spaces and the distribution of tones determine the pace of a photograph. Tension is created by various elements: the lines that express movement, the contrast between regular geometric shapes, the sweeps, angles, perspective, chromatic contrast, lighting and textures of the image. The visual weight of each of the elements, determined by their size and position in the different planes of the photographs, can provide a spatial-temporal hierarchy, whereby more important elements in the foreground are equivalent to the present in the narration of the image. The point of view is expressed through the field of vision, the angle from which the photograph is taken, and the selection of objects shown with clarity and closeness, or that remain in the middle ground or background. The photograph suggests a visual tour, a dynamic order of interpretation established by the composition that can indicate a timeline.

At a technical level, the time dimension is produced by the shutter speed. If the photographer wishes to project an instant, to freeze time, he or she will use a fast speed to capture a scene in a fraction of a second, which in literature would be depicted in a vignette. If, alternately, he or she wishes to depict duration, a low speed allows a long exposure times that create effects in the image, such as the sweep in a moving subject. The presence of certain elements such as clocks, calendars, old objects and even photographs are indicators of time that lead the viewer to interpret the image as duration or sequentiality. Some photographers prefer to convey the opposite, a timeless situation, and to do so deliberately conceal any mark that might indicate the historical time or moment when the photograph was taken. Erasing the traces of time is a discursive effect that has been used since classical representation and “is intended to strengthen the illusion of reality (Marzal Felici, 2011, p. 215).

However, an image can express much more than a fragment of reality. It can be a metaphor in itself, and its content may be symbolic, as will also be the time within it. In the case of abstract photographs, for example, in which spatio-temporal marks are concealed, their discourse is closer to poetry, with a necessarily individual interpretation. The perception of time and space within them is subjective. The Barthesian punctum relates to the presence of a subjective time, the element that bursts into the time flow of interpreting the image. It moves or affects the viewer at a very personal level, based on their previous experience.

Another aspect in which the time characteristics of a photograph can be analyzed is sequentiality1, both in its elements within a single image, [such as its order and layout], and in the succession of photographs in polyptychs depicting a sequential scene. The illustrative dimension of the image comprises the central elements of narrative: point of view, characters, authenticity, textual marks and enunciation.

The narrative of the image is constructed by the morphological, compositional and illustrative elements, which together convey a specific overall temporal effect. The point of view from which a story is narrated is crucial and, in photography, can be clearly observed  in the framing, the position of the photographer and the angle from which it is taken [the result of selecting a determined space and time]. The framing evokes the artist’s way of looking and choosing which part of the world is worth stopping, closely observing and relating.

The characters in a photograph can say a great deal about the scene depicted: their emotions, feelings, attitudes and expectations, reflected in their posture, gestures and gaze, tell stories and show how they react to their surroundings. Authenticity and its opposite, artificiality [not to be confused with fictionality] in photography is constructed using certain effects, staging or filters or nothing at all, if the intention is to be faithful to the real scene, in accordance with the photographer’s narrative intention. If the aim is to create alienation, fracture or a concept in the viewer, they will distance the image from the parameters of reality by seeking to redefine its constituent elements. The textual marks reveal the presence of the enunciator in the image. These can be indicative, iconic, symbolic or referential marks. They include the internal organization of their elements, the tension between the geometric lines and figures, and the focus of attention. As Santos Zunzunegui wrote, quoted by Marzal2: “the presence of the viewer can be reconstructed and is therefore visible” (2011, p. 221), through two discursive activities: aspectualization [identifying a group of spatio-temporal aspectual categories that reveal the presence of the viewer; and focalization [how the photographic intent expresses itself].

Marzal identifies two strategies in photographic enunciation: on the one hand, the one applied in the realistic representation of discourse, a metonymic strategy in terms of language, in which the photographic discourse remains contiguous to the model; and on the other, the strategy that seeks a non-realistic, metaphorical representation, with an imaginary or symbolical relationship with the model. The caption often provides this information since without it, incorrect if at times interesting interpretations might emerge.

However, time may not only be observed in the content of the photograph, such as its objects and setting, but also be defined in each of the substantial stages of the photographic act, and may be explained by transferring the terms that Ricoeur (1995) uses for the textual narrative to the narrative of the image. 1. Prefiguration, a deeper exploration of the contextual level of analysis proposed by Marzal, refers to the circumstances and conditions in which the photograph is taken, the specific space, historical moment, technological development of the era and the author’s biography, among others. 2. Configuration is the process of producing the image using all the creative and technical elements that correspond to the morphological, compositional and illustrative levels. 3. Refiguration involves the viewers’ interpretation of the image, in other words, illustration and its reception. The process of narrating and interpreting time in the images takes place during these three moments of the photographic act.

However, when arranging the photographic piece or series, it is important that the different times be distinguished, since each one follows specific narrative strategies: 1. Objective time, defined by the precise moment at which the photograph was taken, is the referential time that is narrated on the basis of the textual marks in the image. 2 Represented time, shown in the photograph by the time frames that the photographer decides to include, is equivalent to the time of the story. 3. Symbolic time, when the image suggests a different reality to that represented, is constructed by creating ambiguity in meaning, or by recurring to visual rhetorical figures [such as metonymy, synechdoque and personification] or by the deliberate concealing of time frames. 4. Lastly, subjective time is determined by the point of view that the author applies to the image, but also by the context and interpretation of the viewer during the reconfiguration process. The latter two can be clearly seen in photographs created with artistic rather than documentary intentions, whose few referential elements make the images appear suspended in non-time. These photographs play with the viewer’s perception in order to elicit sensations, aesthetic emotions, uncertainty, or enable the latter to interpret and define its symbolic content and spatial-temporality.

1 Marzal Felice links sequentiality to narrative. However, here they are regarded as two separate processes as a broader concept of narrative is taken than the mere succession of events.

Mónica Sánchez Ezcuer. Lives and works in Mexico. Writer and literature professor. Sociologist at the UNAM with a master in Literary Creation from the University of Texas. Currently she studies the master Visual Arts at San Carlos (UNAM). She collaborates in multidisciplinary projects; she has worked with musicians, painters and photographers in realizing operas, publications, concerts and exhibitions. She is especially interested in the relation between photography and narrative. She has given courses and workshops in literature and narrative in various institutions, like the UNAM, the University of Texas, Casa Lamm and the Foundation Pedro Meyer.
Tags: Mexico Article Photonarrative Mónica Sánchez Escuer Temporality