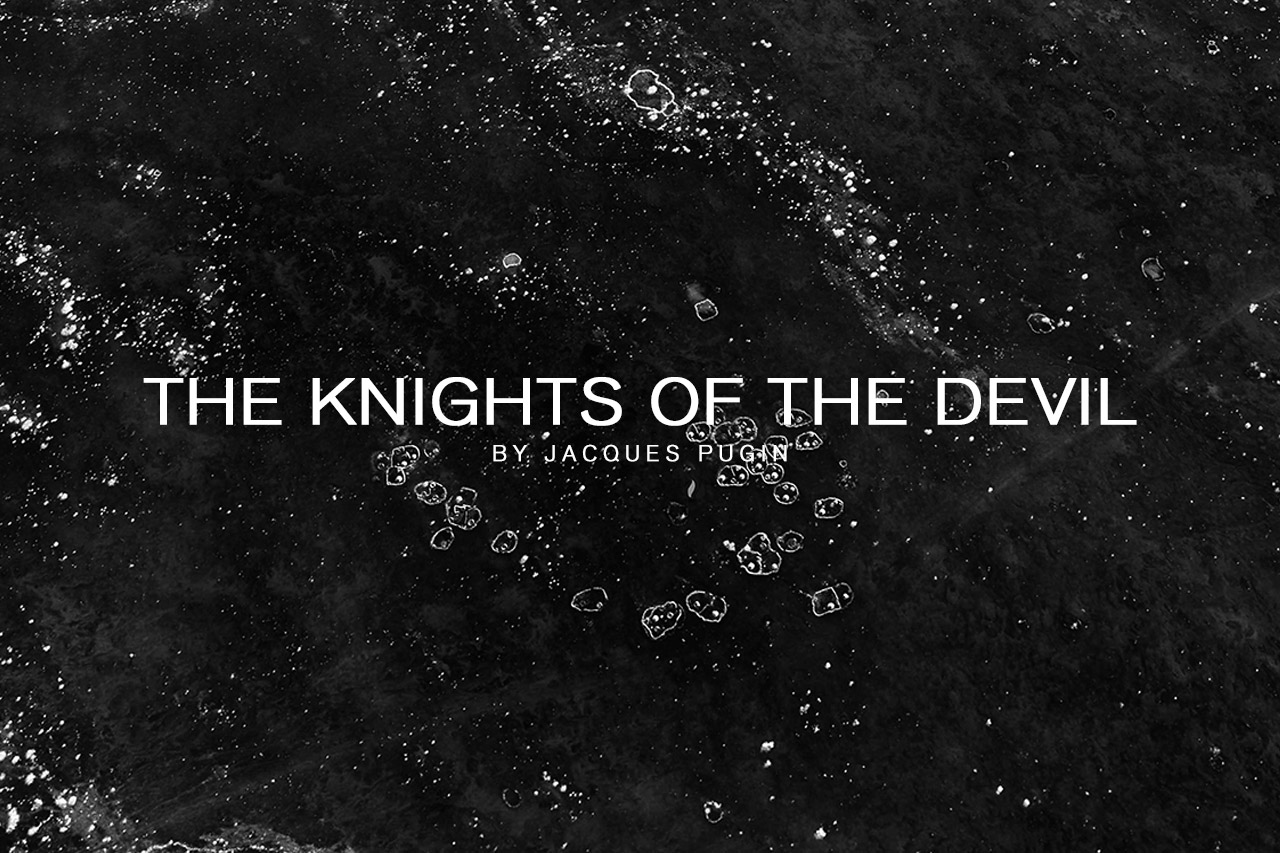 
Hidden in what seems like a dream is a reality which is closer to a nightmare:


These traces are vestiges of the civil war in Darfour; abuse performed by the Janjawids (The Knights of the Devil), who raped the women, killed the children and slaughtered the population, before burning down the villages – leaving nothing but the ash of homes and fences.


For the first time in his career, Jacques Pugin, artist photographer, has chosen to work on images which are not his own, using clichés borrowed from the internet. These satellite images are actually extracted from Google Earth, taken from millions of kilometers above Darfour.


In their original state, these images are dead, black traces of archived history, as seen by the eye of the satellite. They are simply echoes of events. As archeologists would say: “This happened here”.


Jacques Pugin has chosen to work on these images by applying a double treatment. Firstly by draining all colour, making them black and white, and secondly by inverting them, pointing to the symbolic and fundamentally dark, negative nature of the barbarity which they witness. Turning the stills to negative also transforms all black lines into white traces, filling them with light – the light of the passage of fire.


On a first reading, the decidedly graphic yet seemingly obscure nature of these images stimulates our curiosity, yet it is upon deeper observation that the captured photographs reveal their intrinsic meaning, their violence.


If this work can be said to belong to the photographer’s continued research on traces, started in 1979 with the Graffiti Greffés (Grafted Graffiti) series, this time, Jacques Pugin’s drive is primarily a political one.


Conscious of journalists’ lack of access into the Darfour region, the artist questions the role of the internet by indirectly transforming Google Earth into a reporting tool that witnesses from high above. 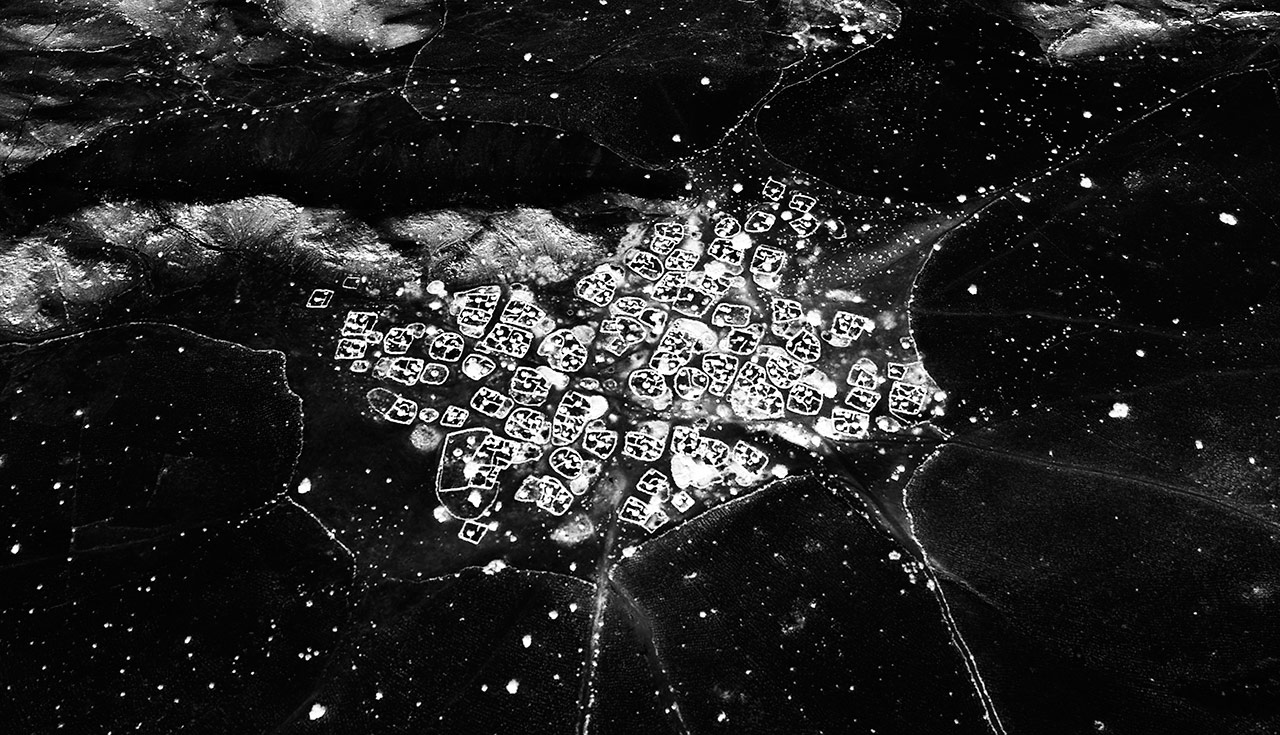 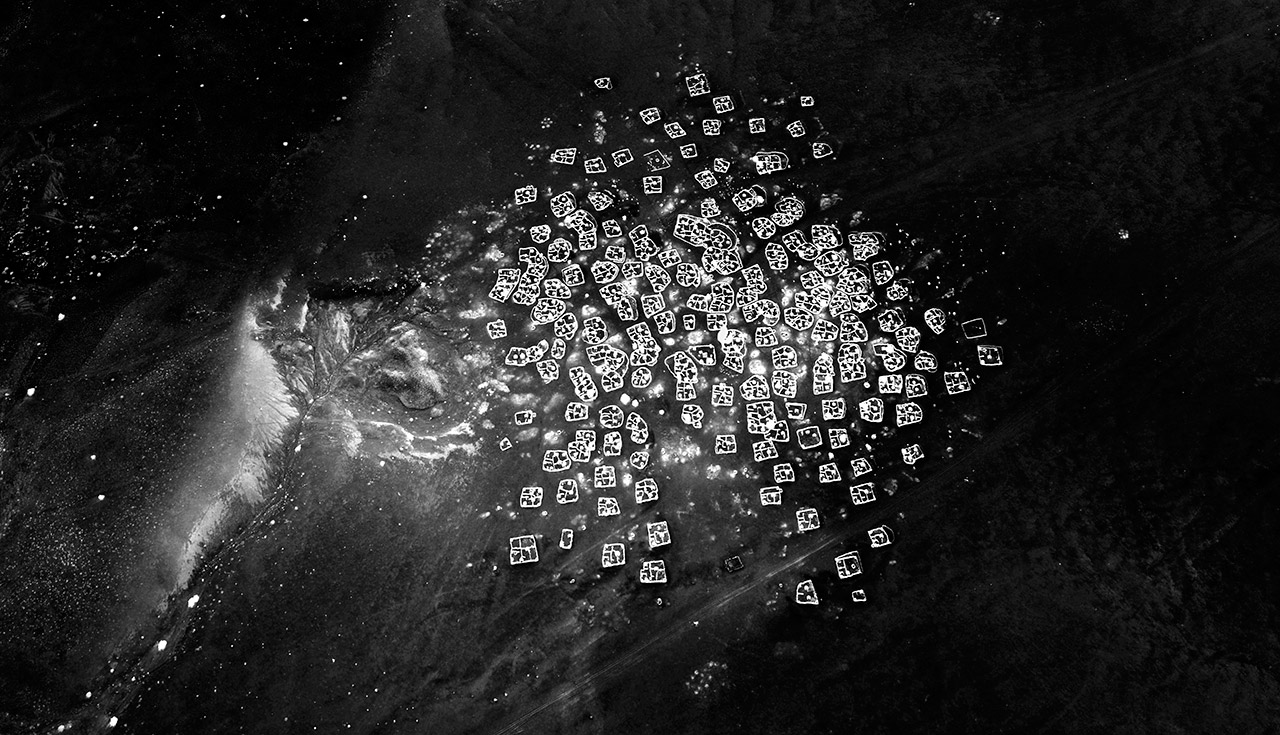 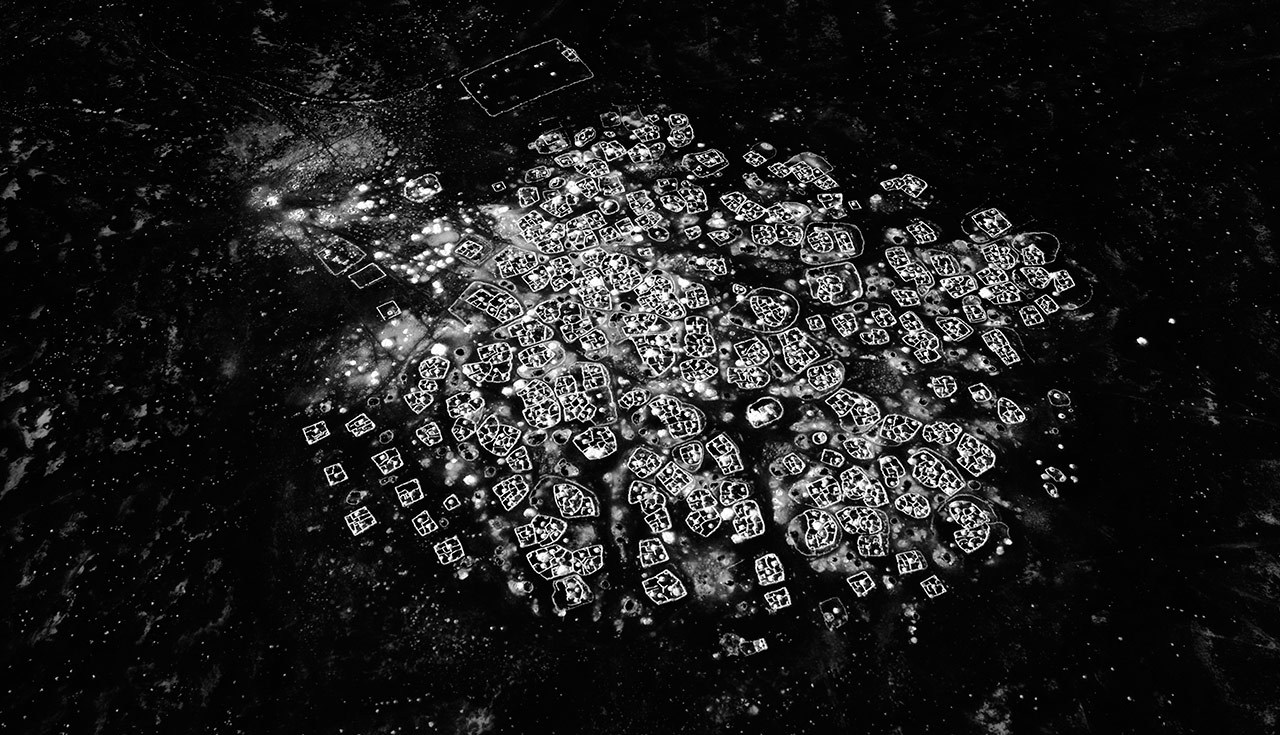 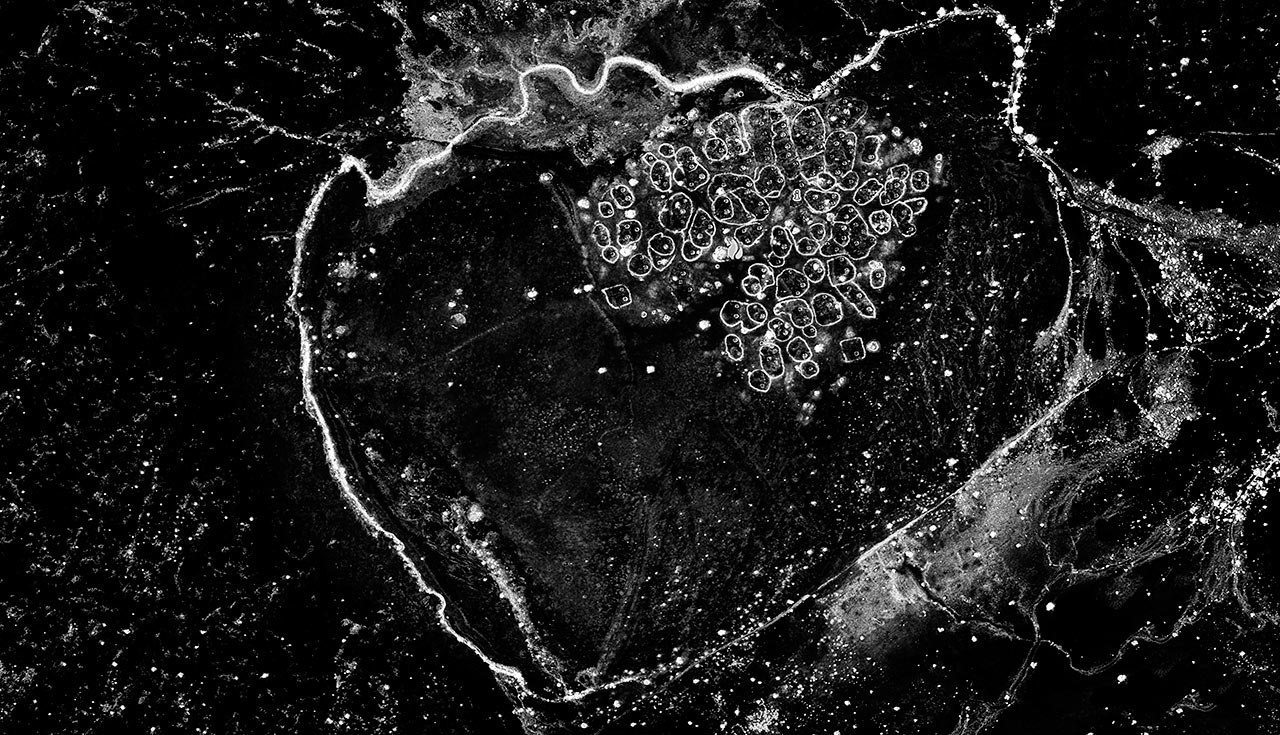 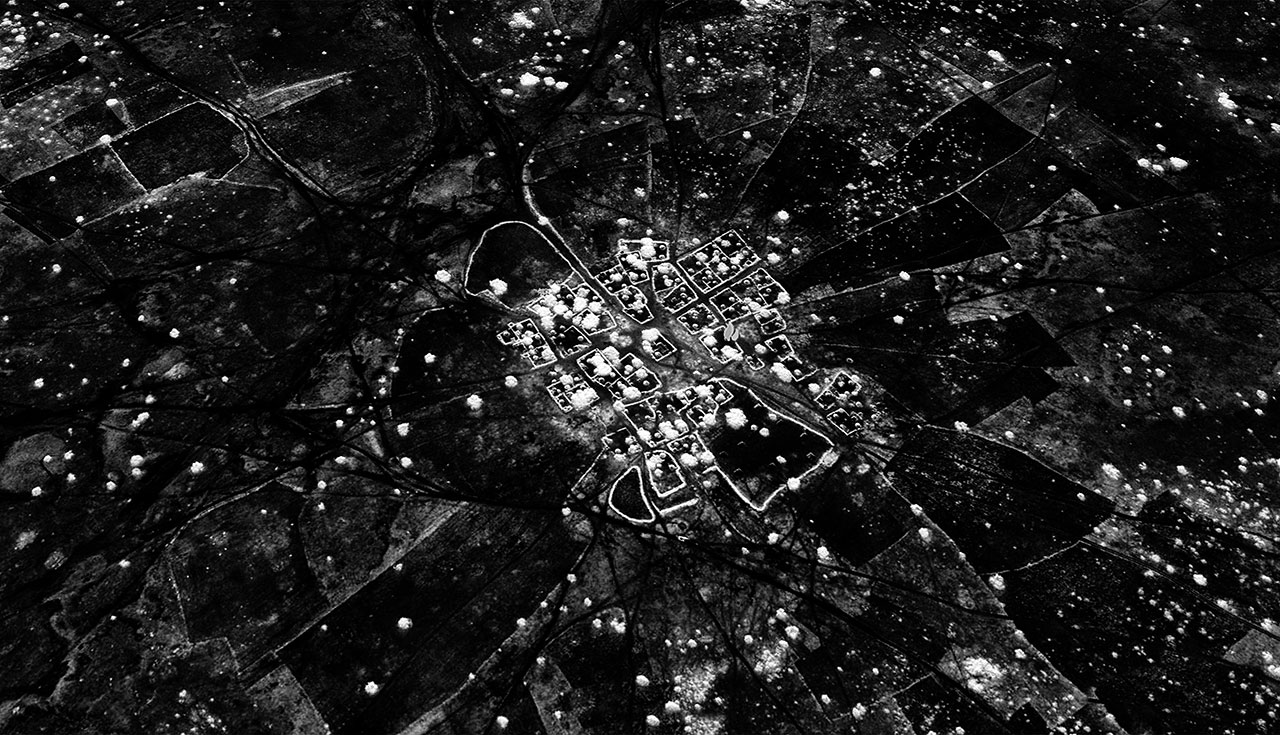 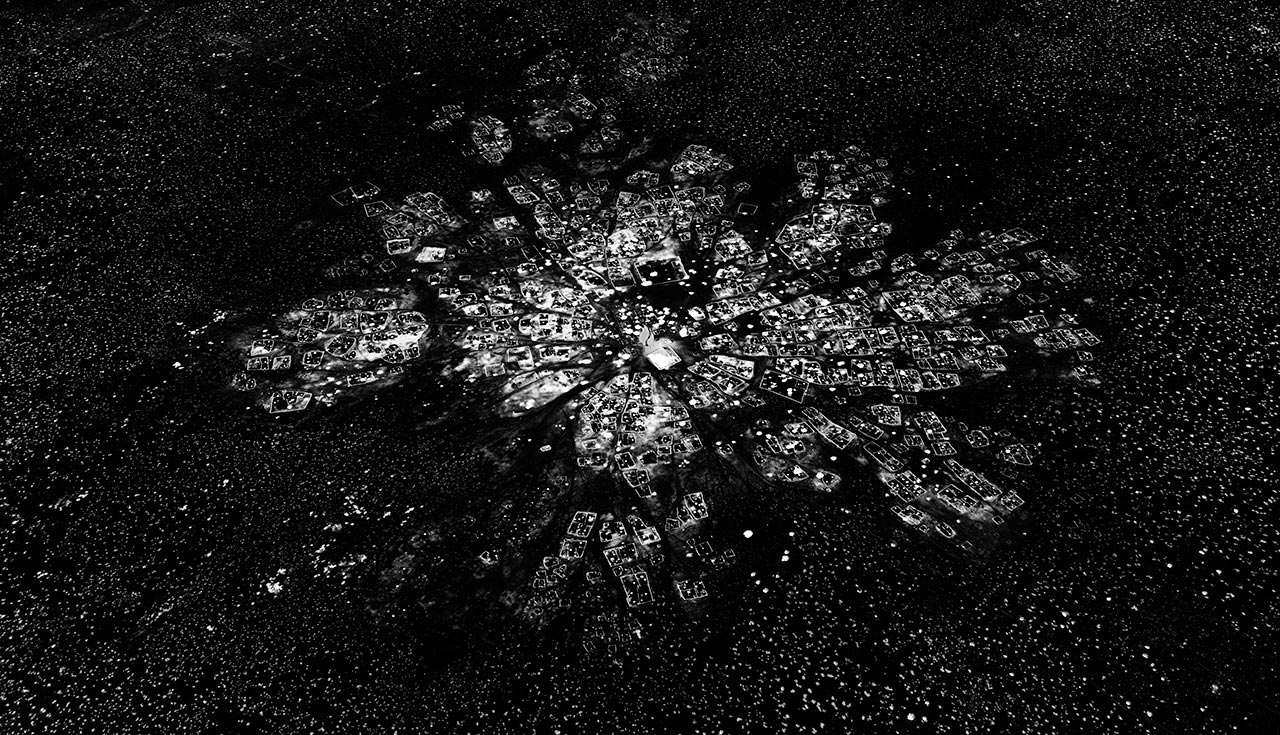 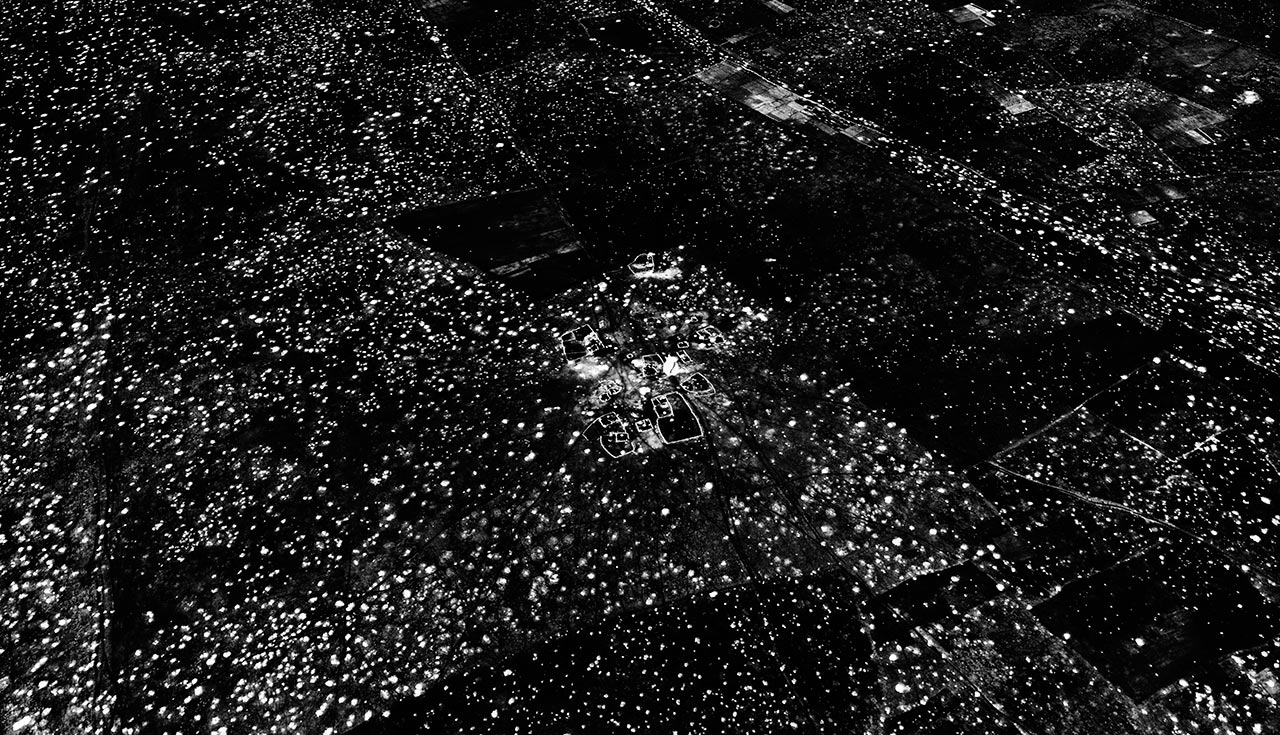 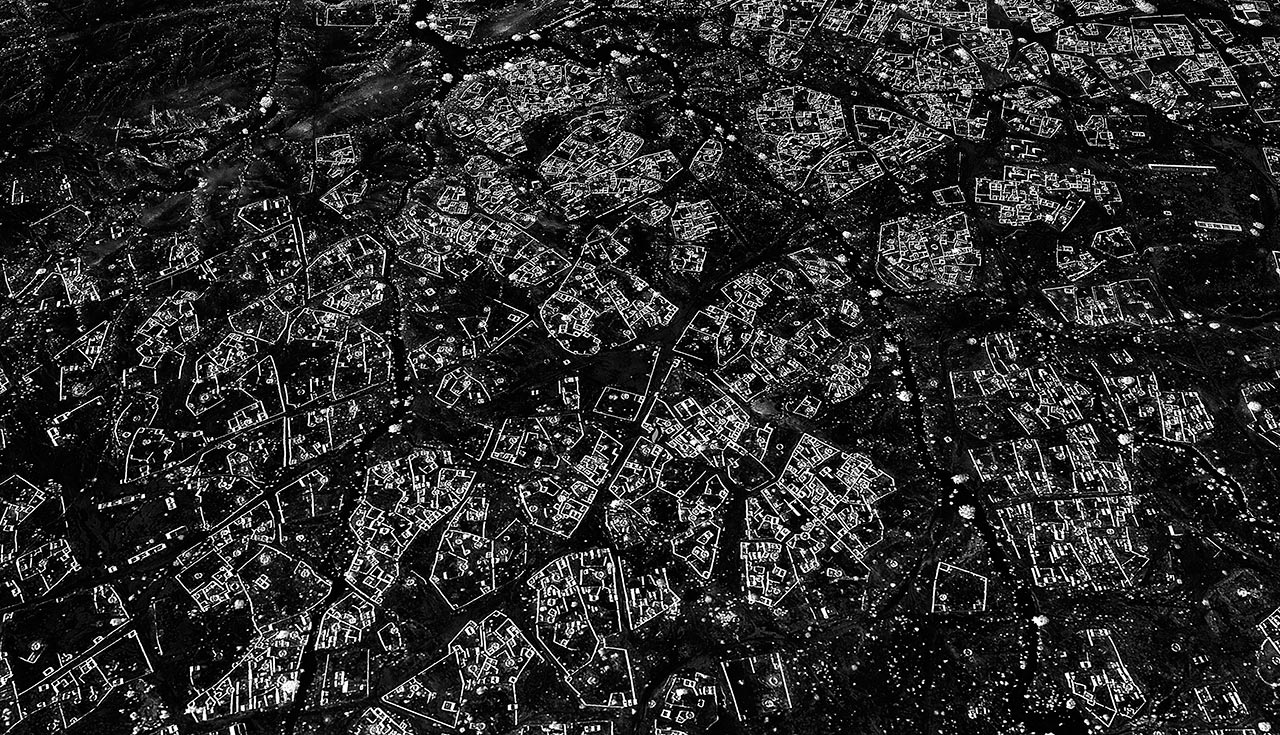 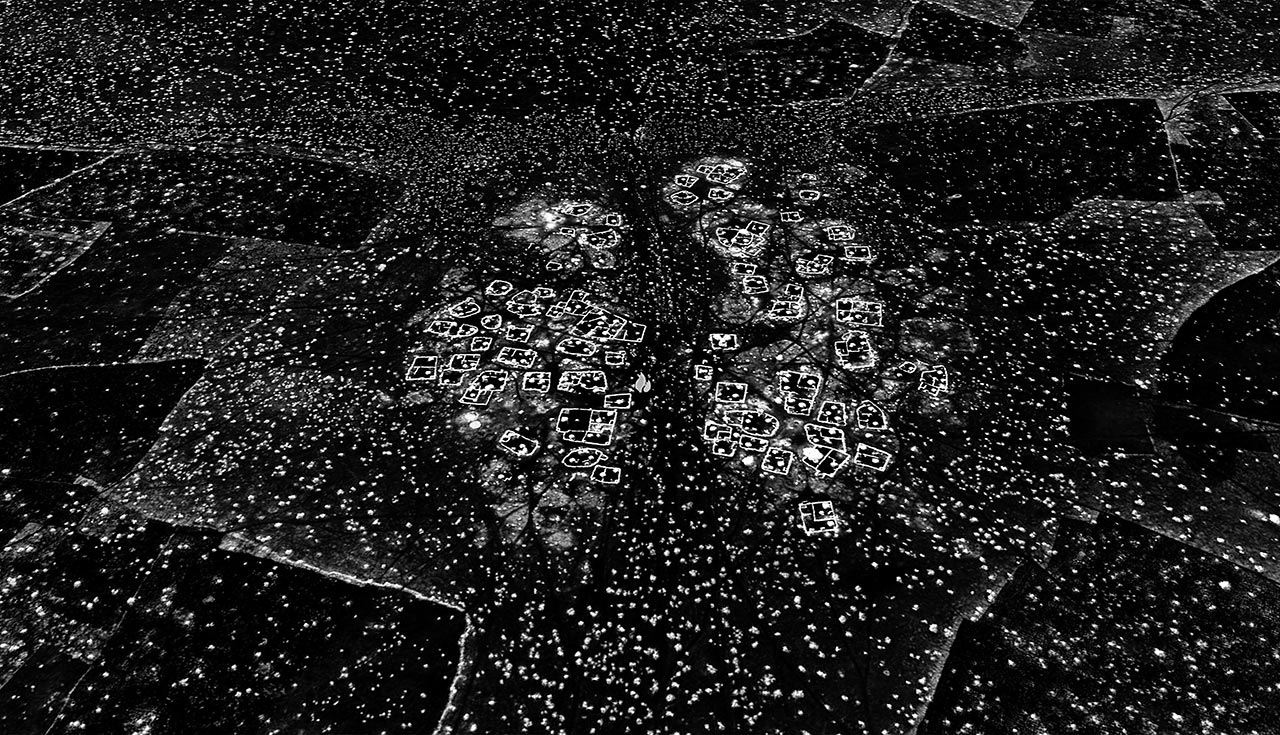 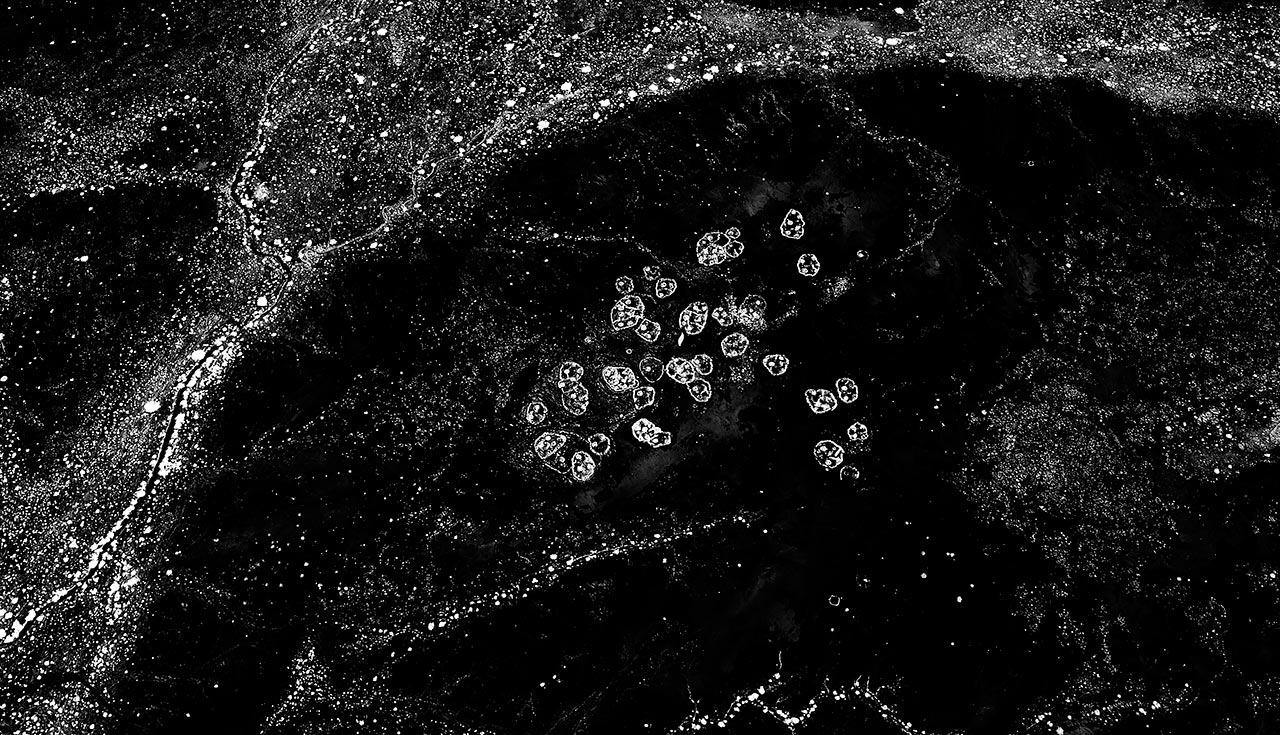 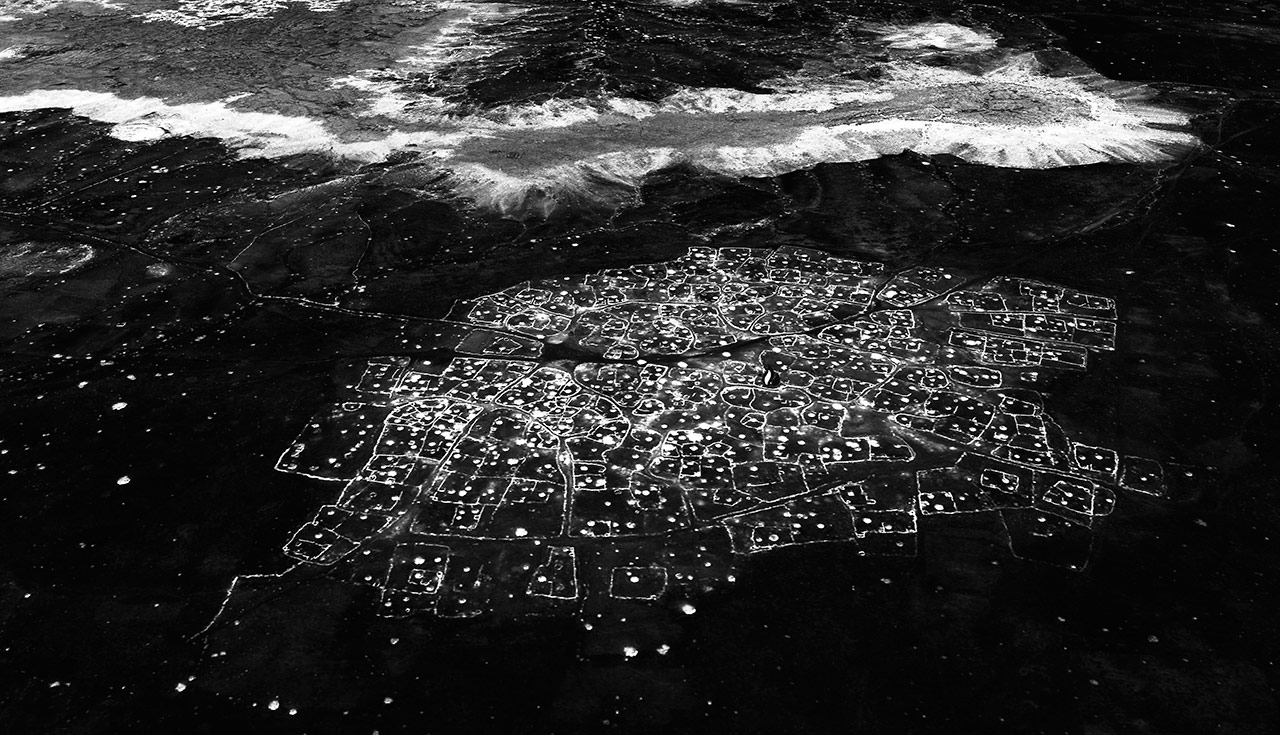 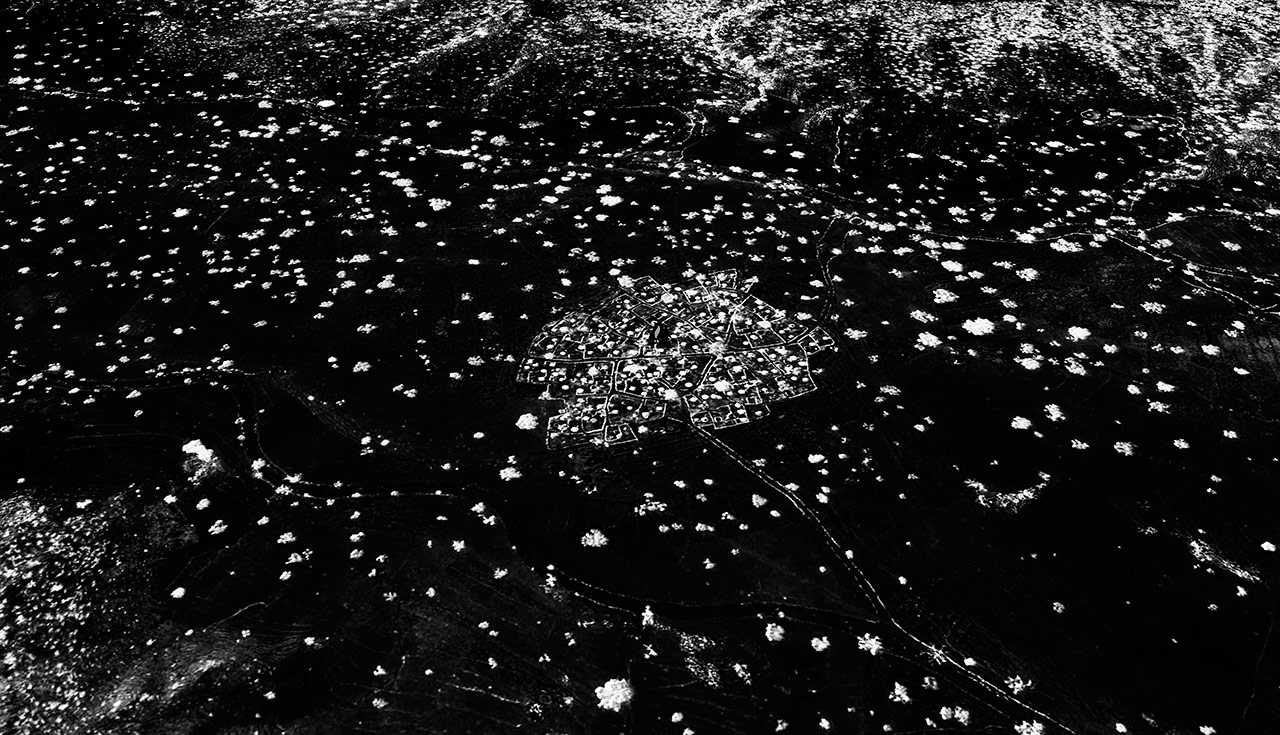 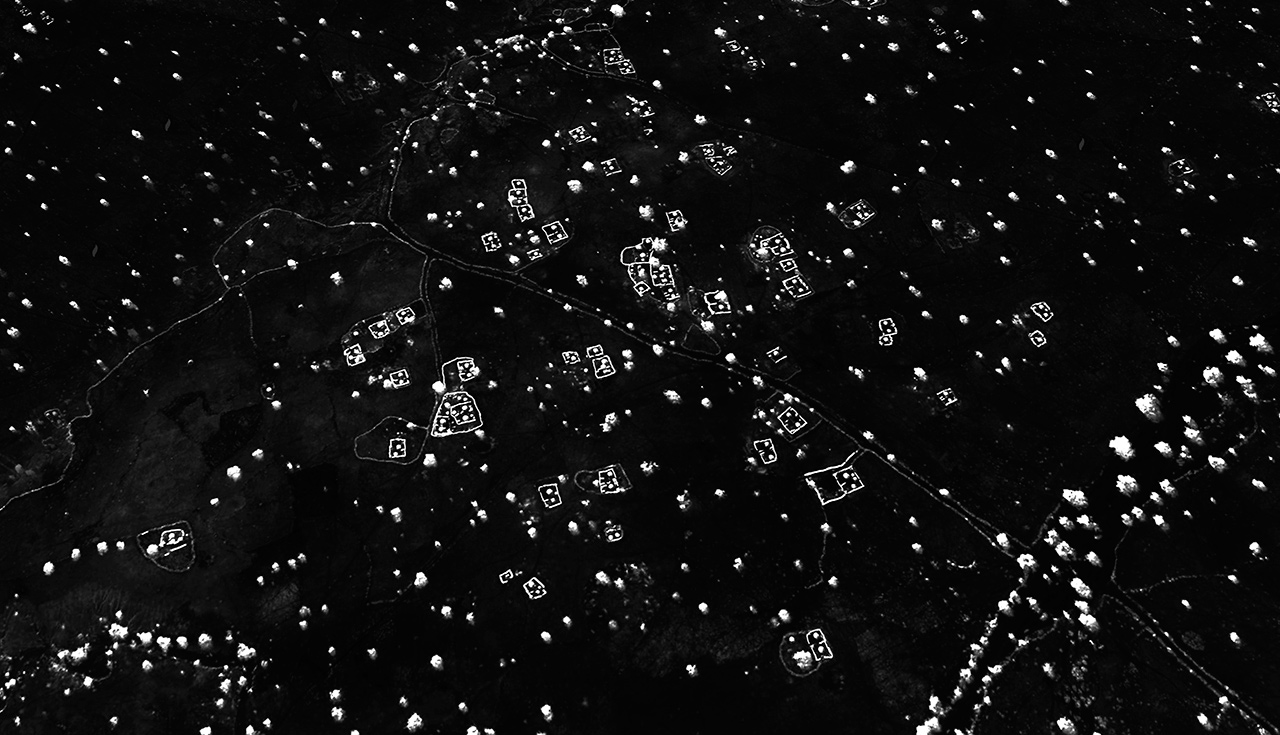 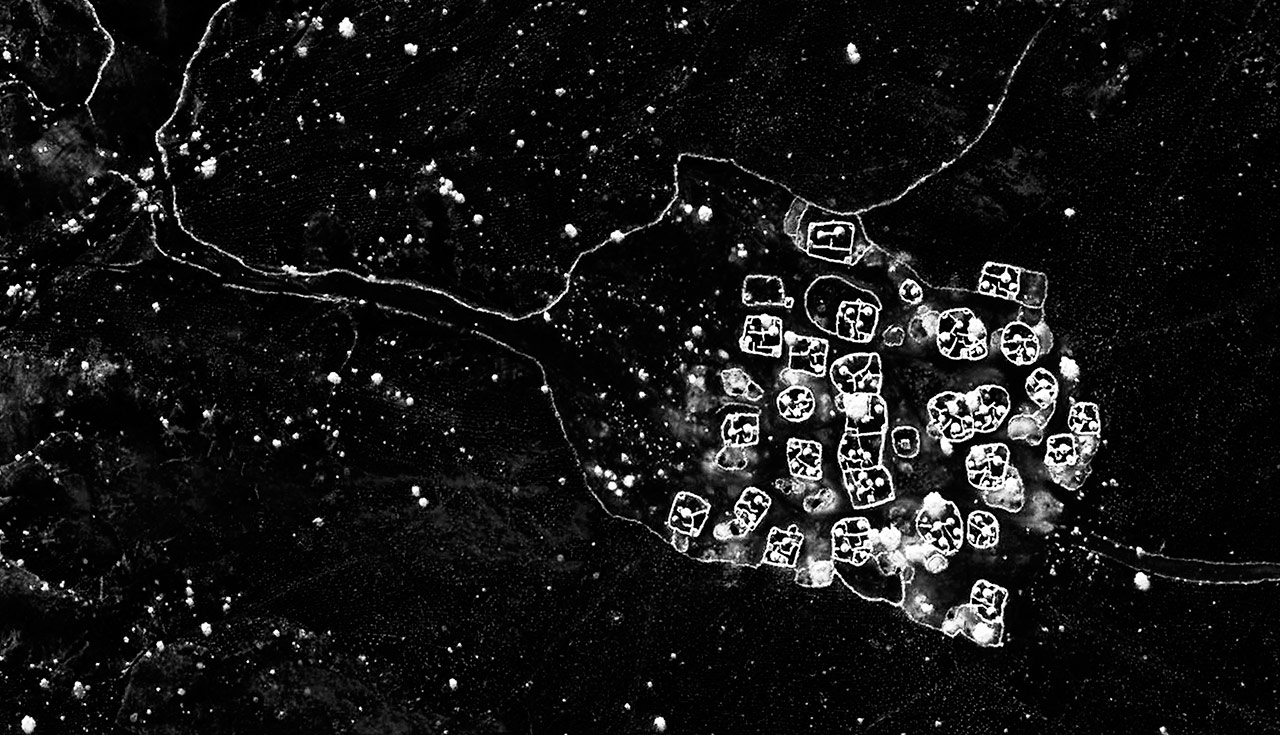 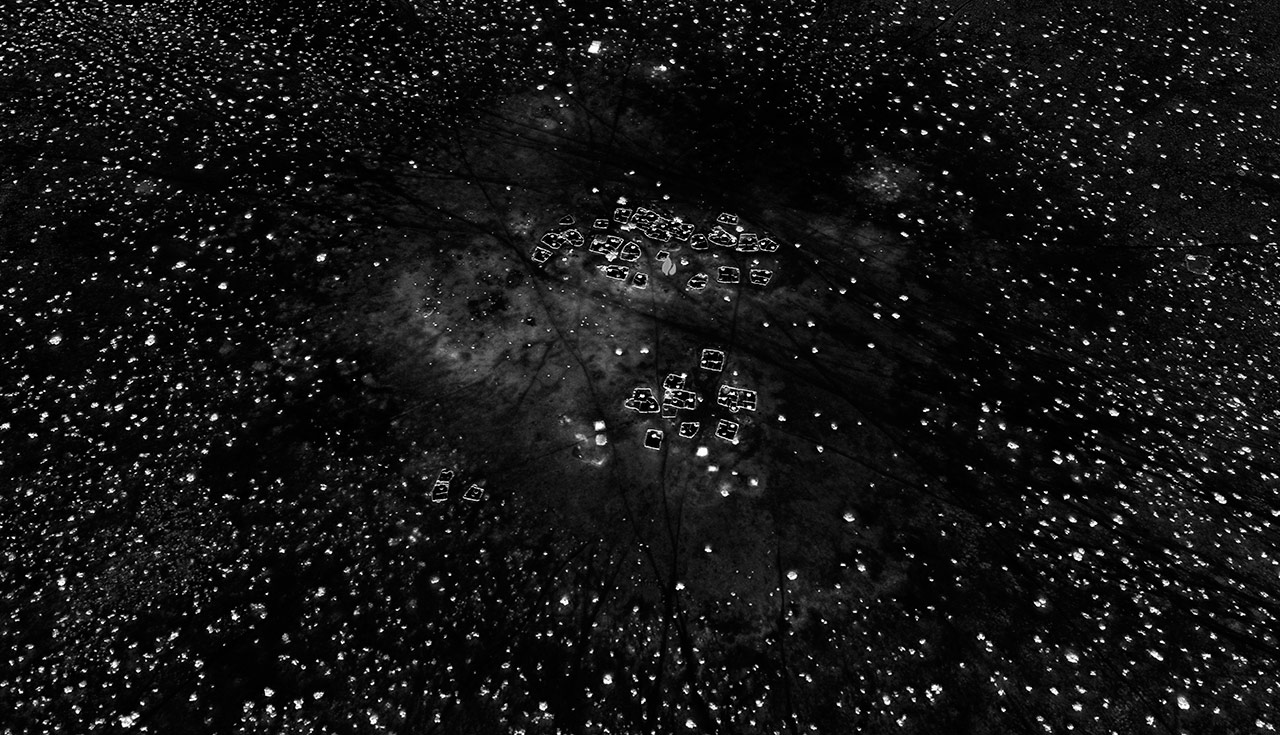 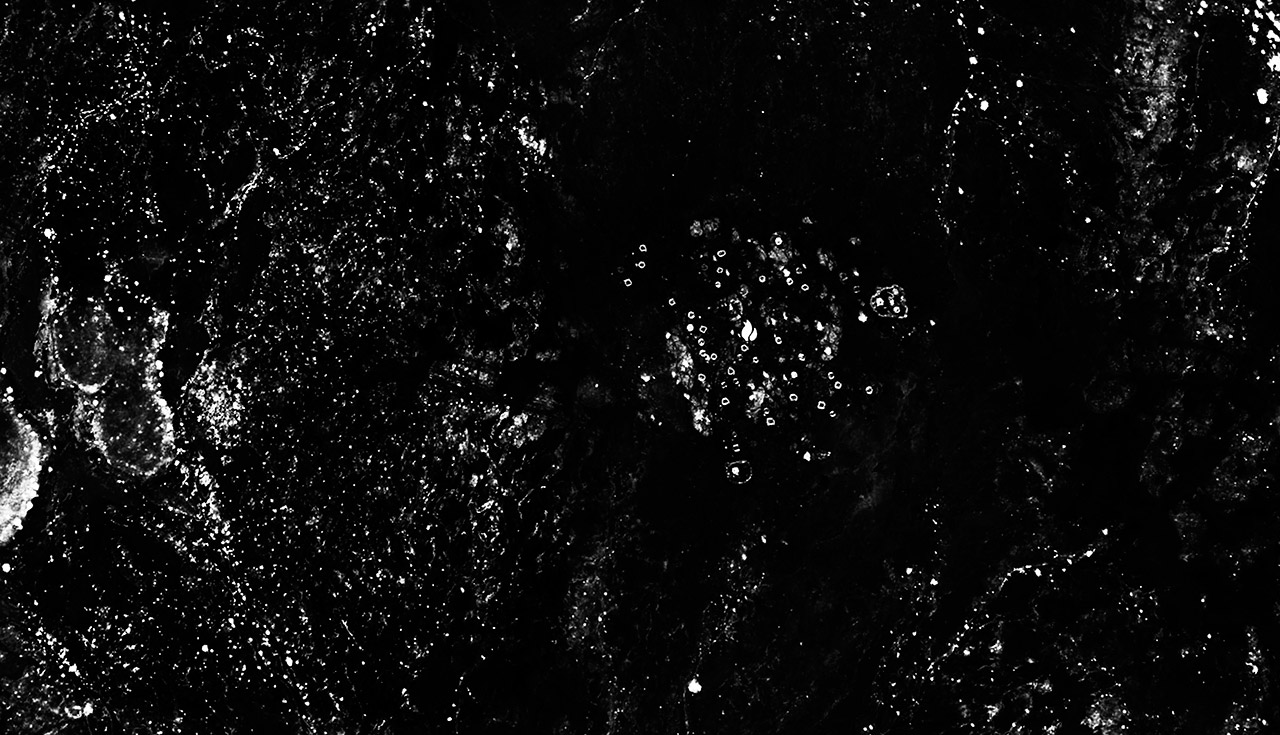 Jacques Pugin (Switzerland, 1954) is an artist-photographer. He is one of the precursors of the Light Painting technique, which consists in capturing luminous traces during the photographic process, either via direct exposure of the sensor to the light source, or else to a lit subject. Jacques constructs his images by intervening either in the actual capturing process (incamera) or in post-production, using various techniques, such as drawing, painting or digital tools. His photographs are a reflection on time, space and the complex relation between man and nature.