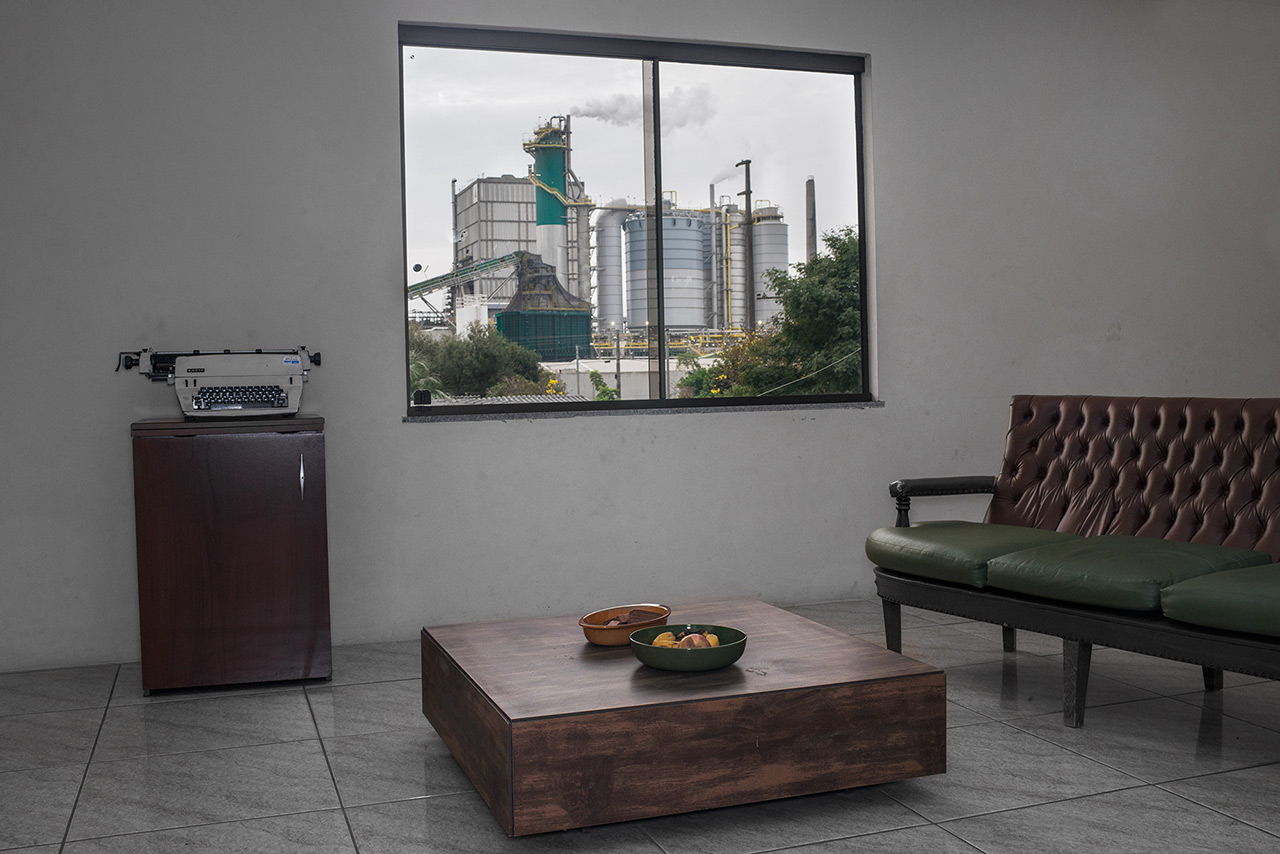 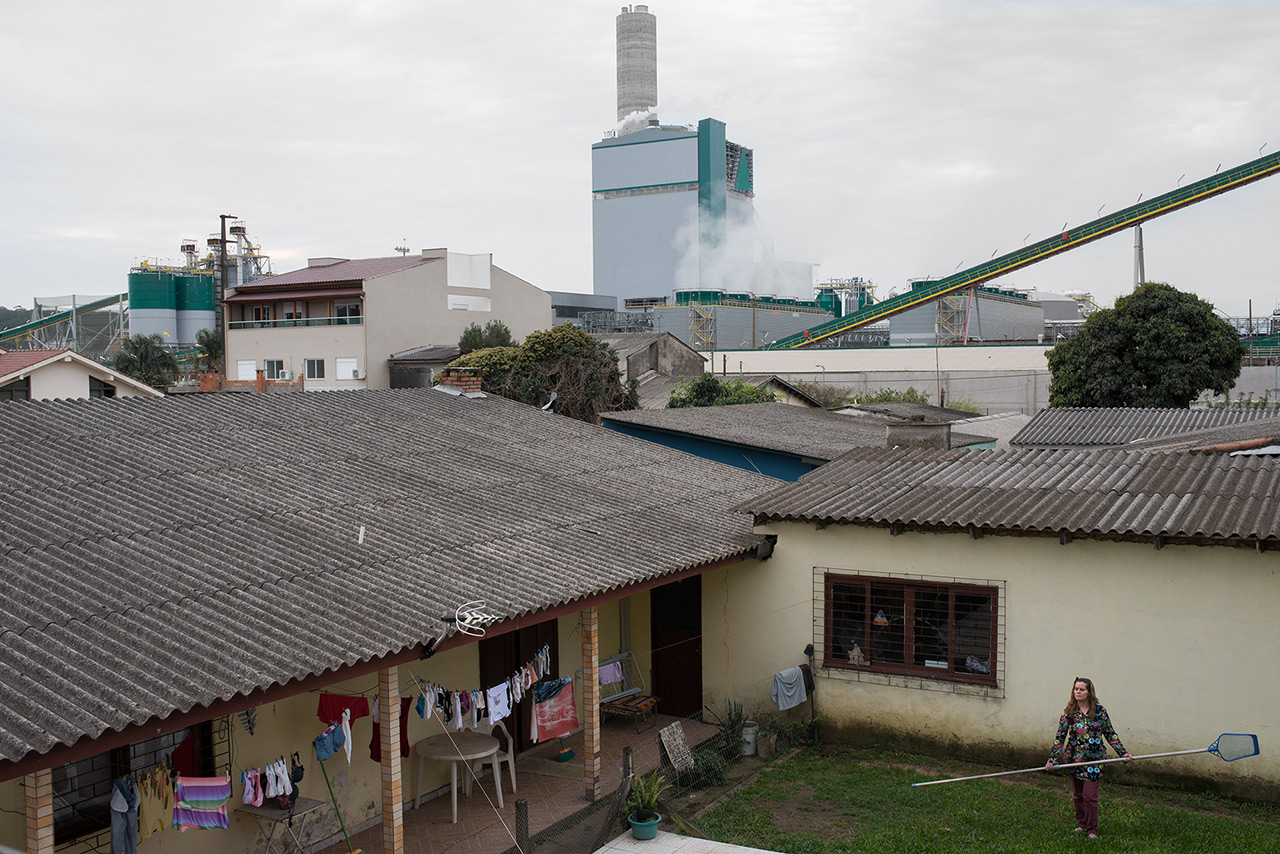 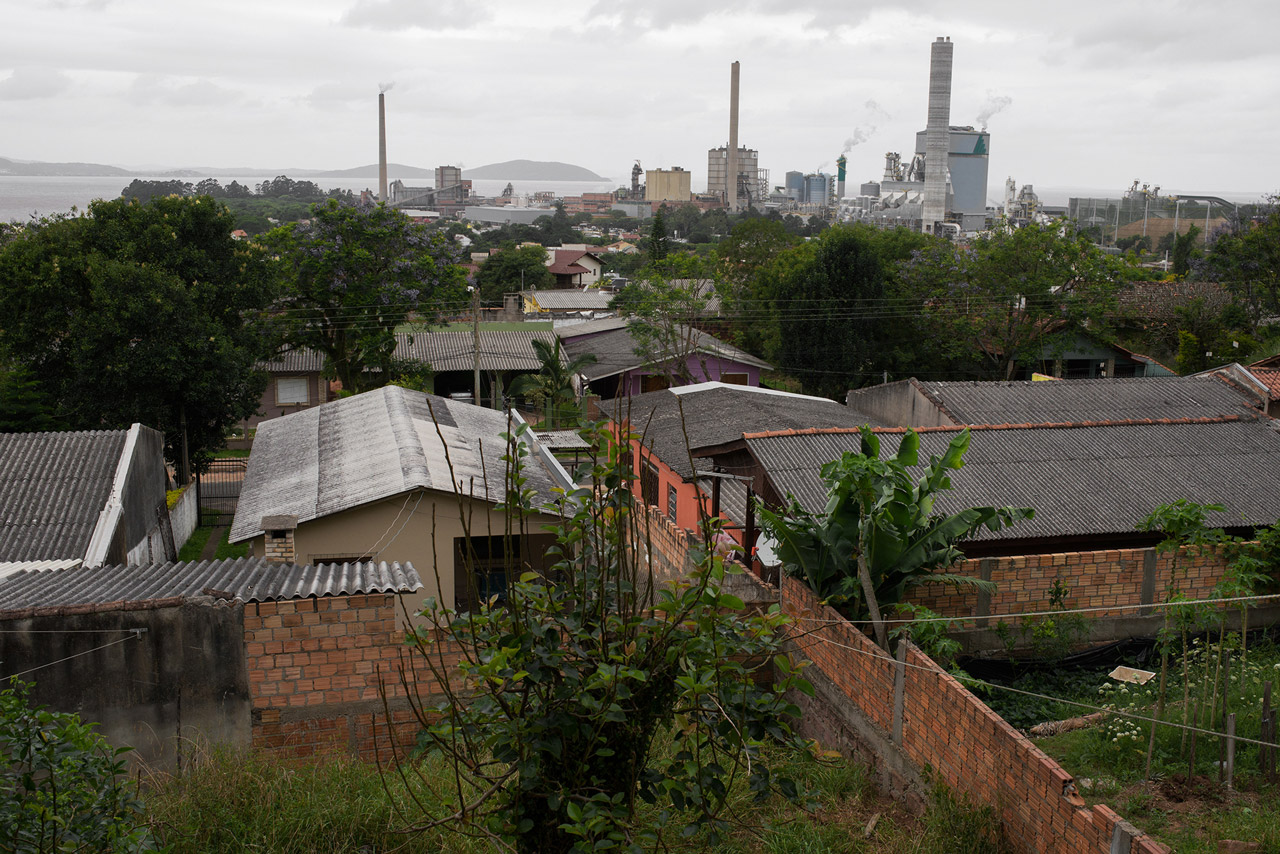 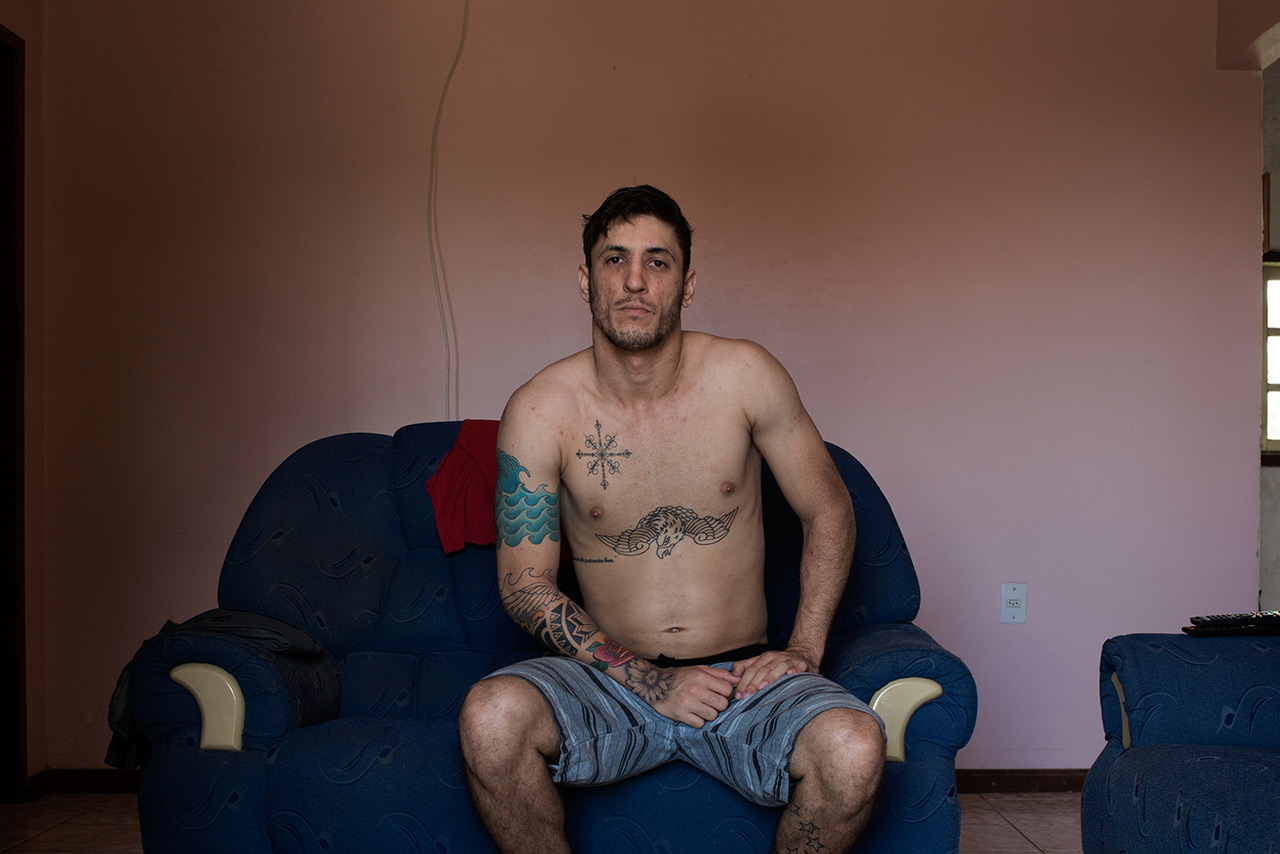 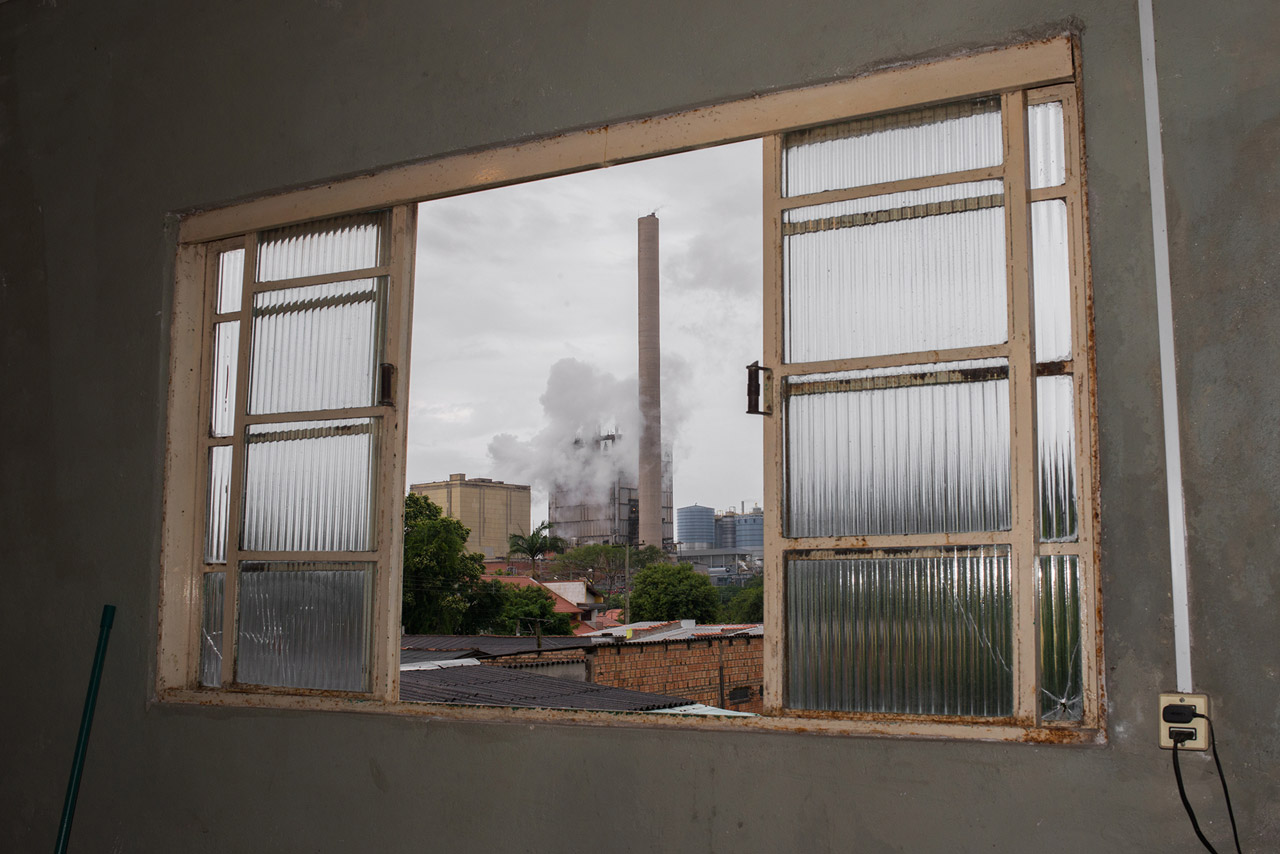 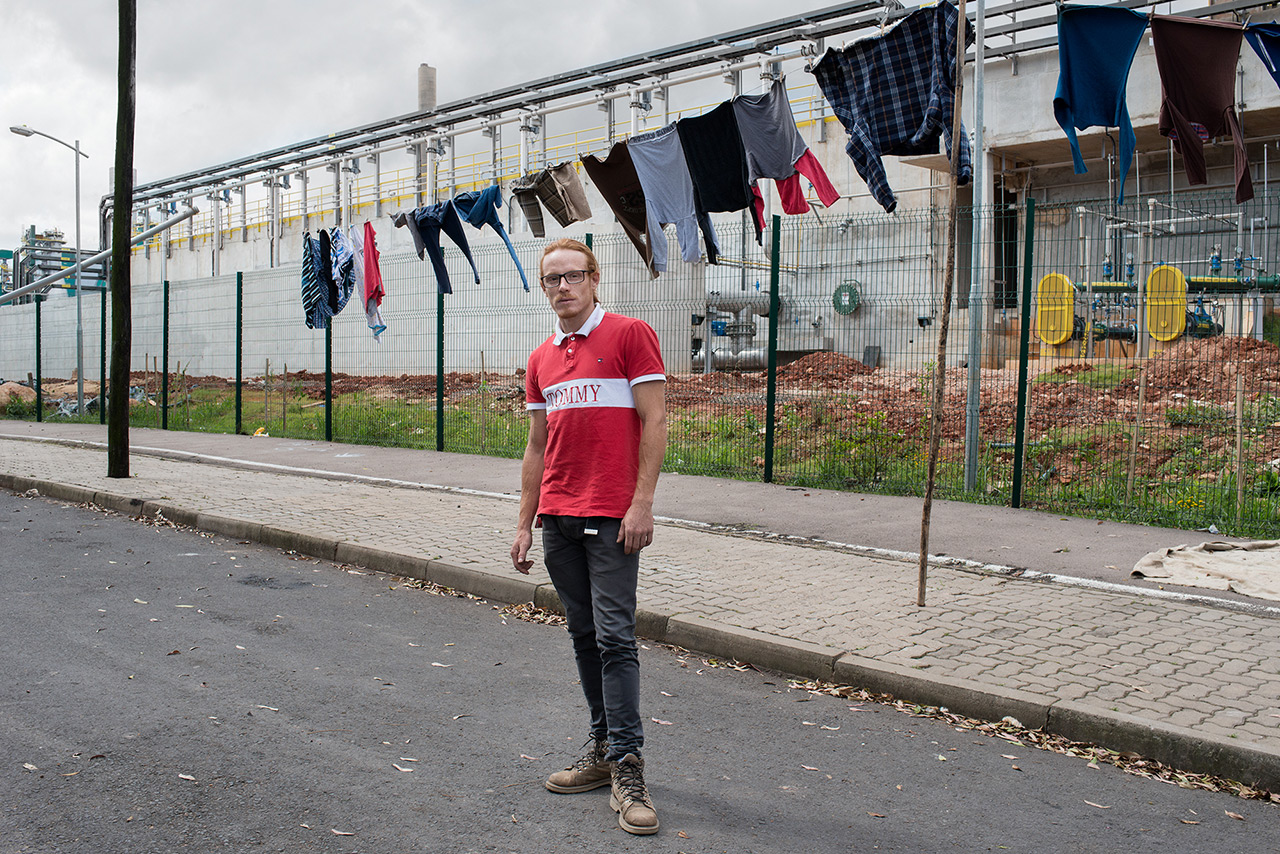 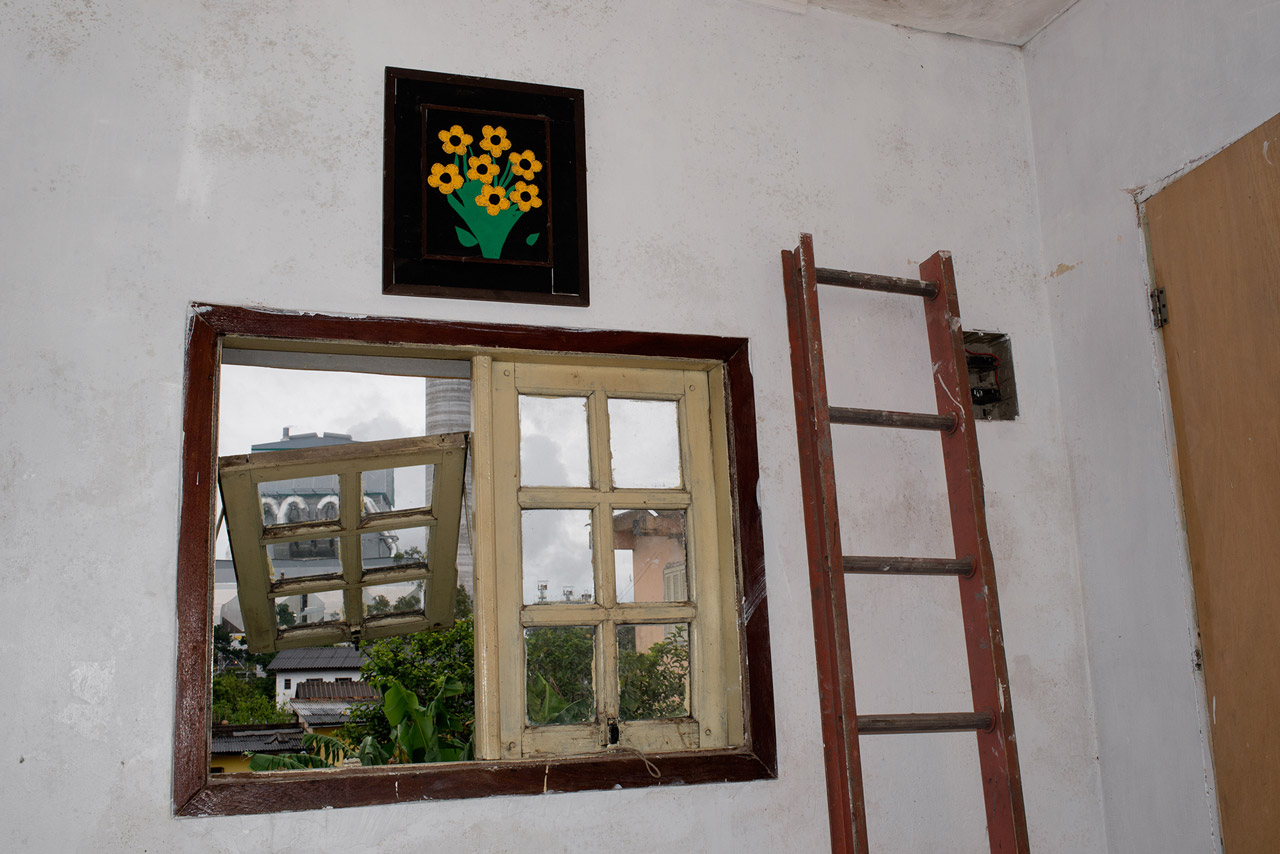 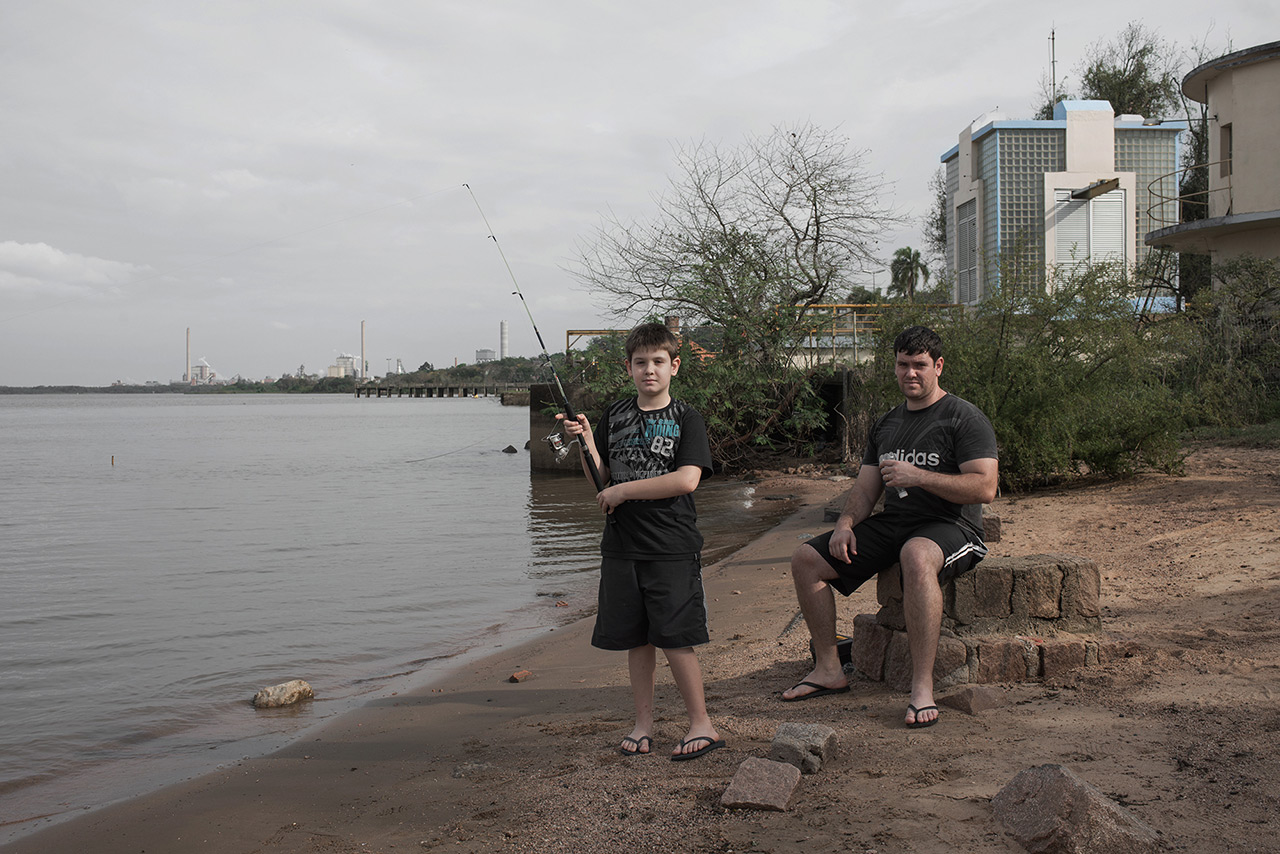 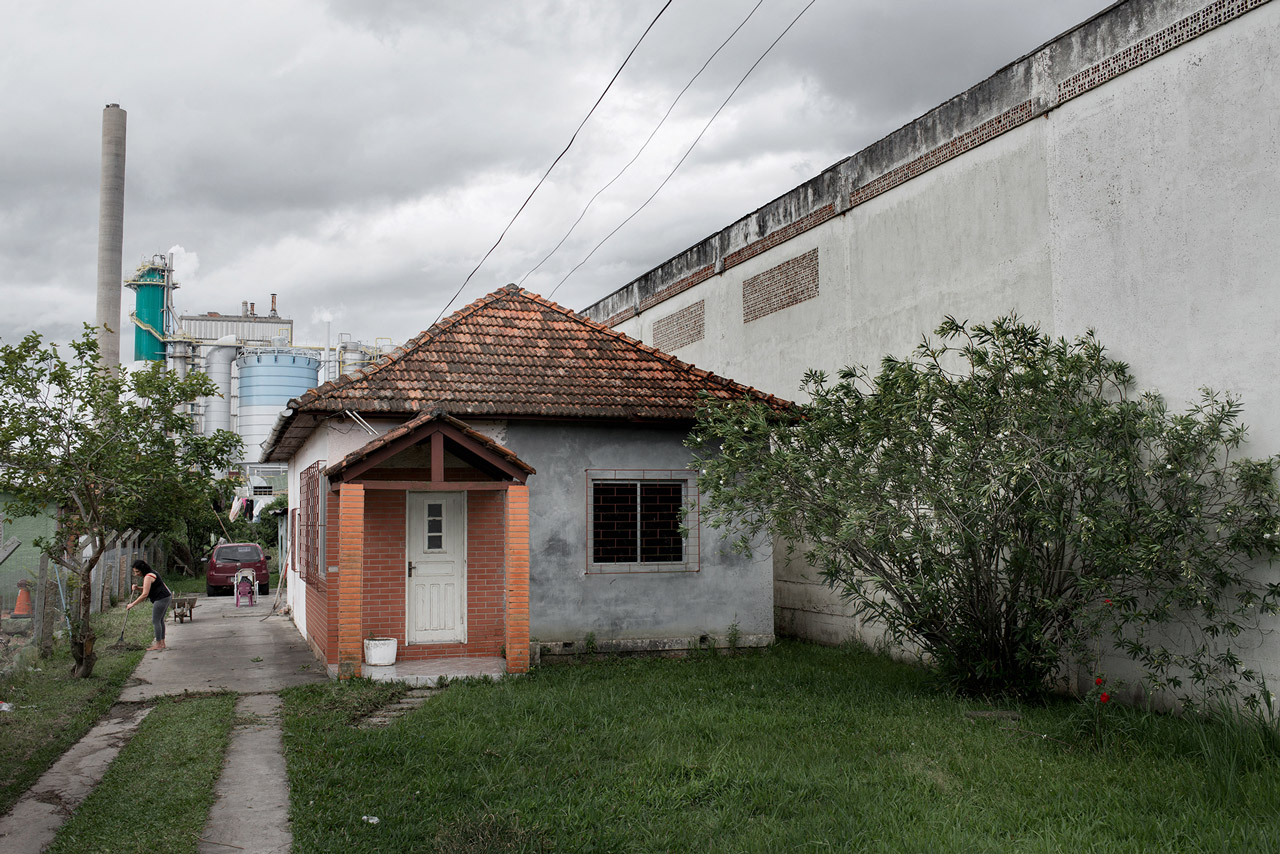 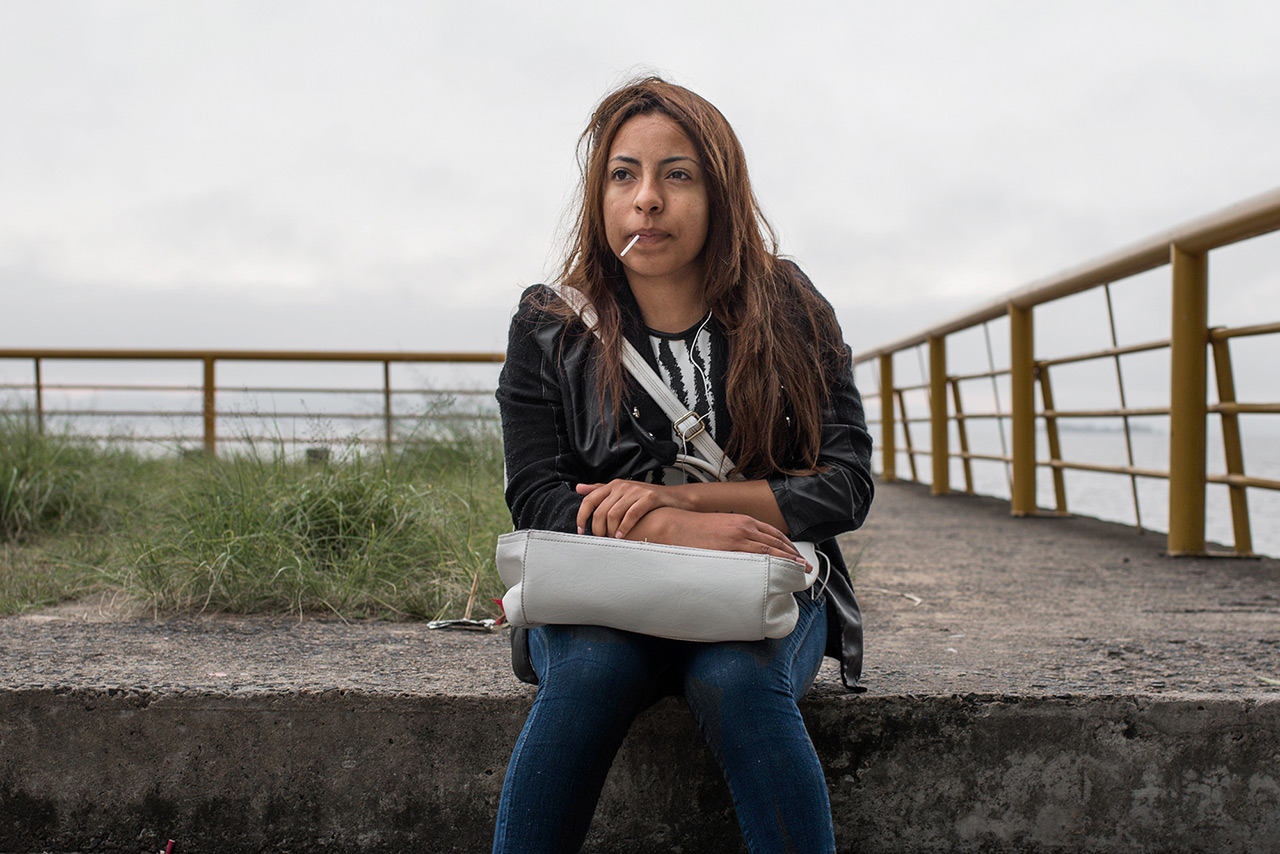 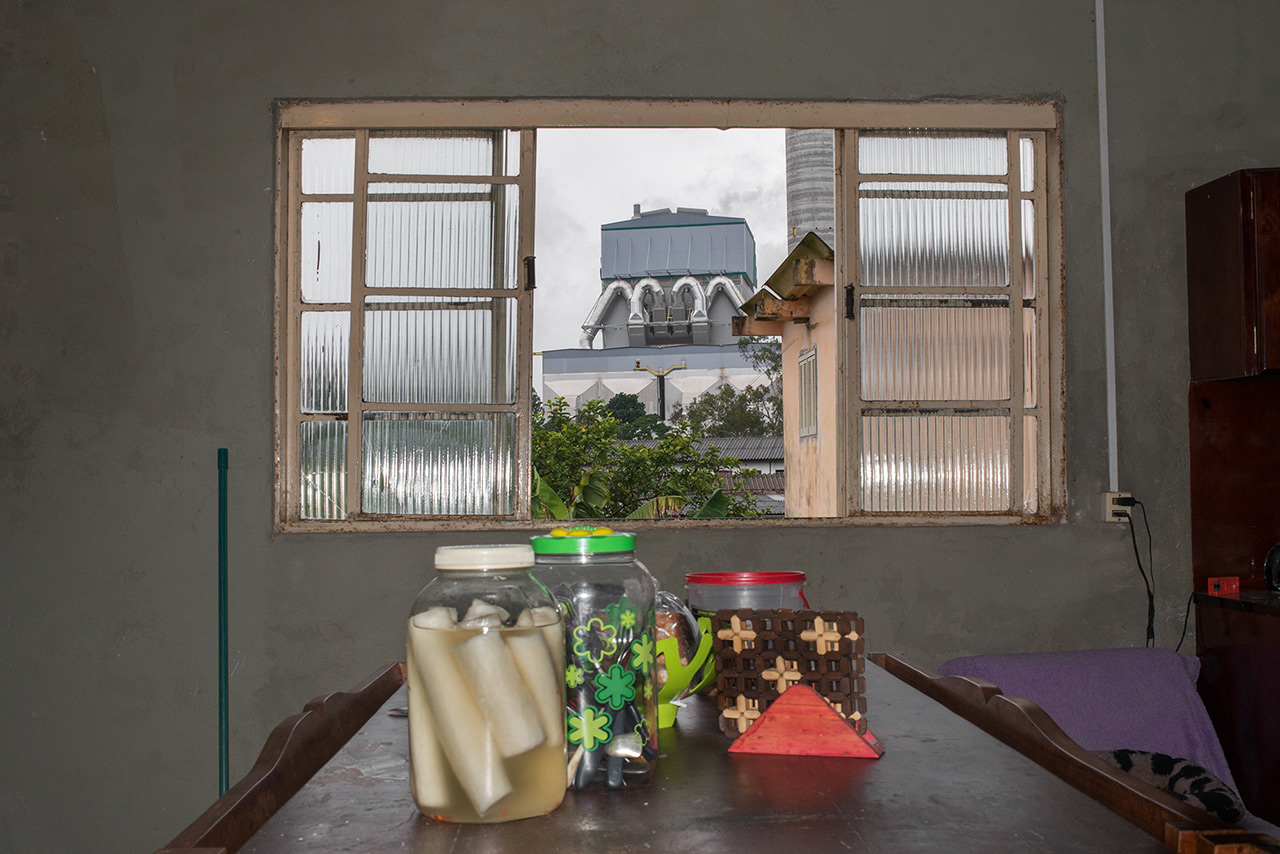 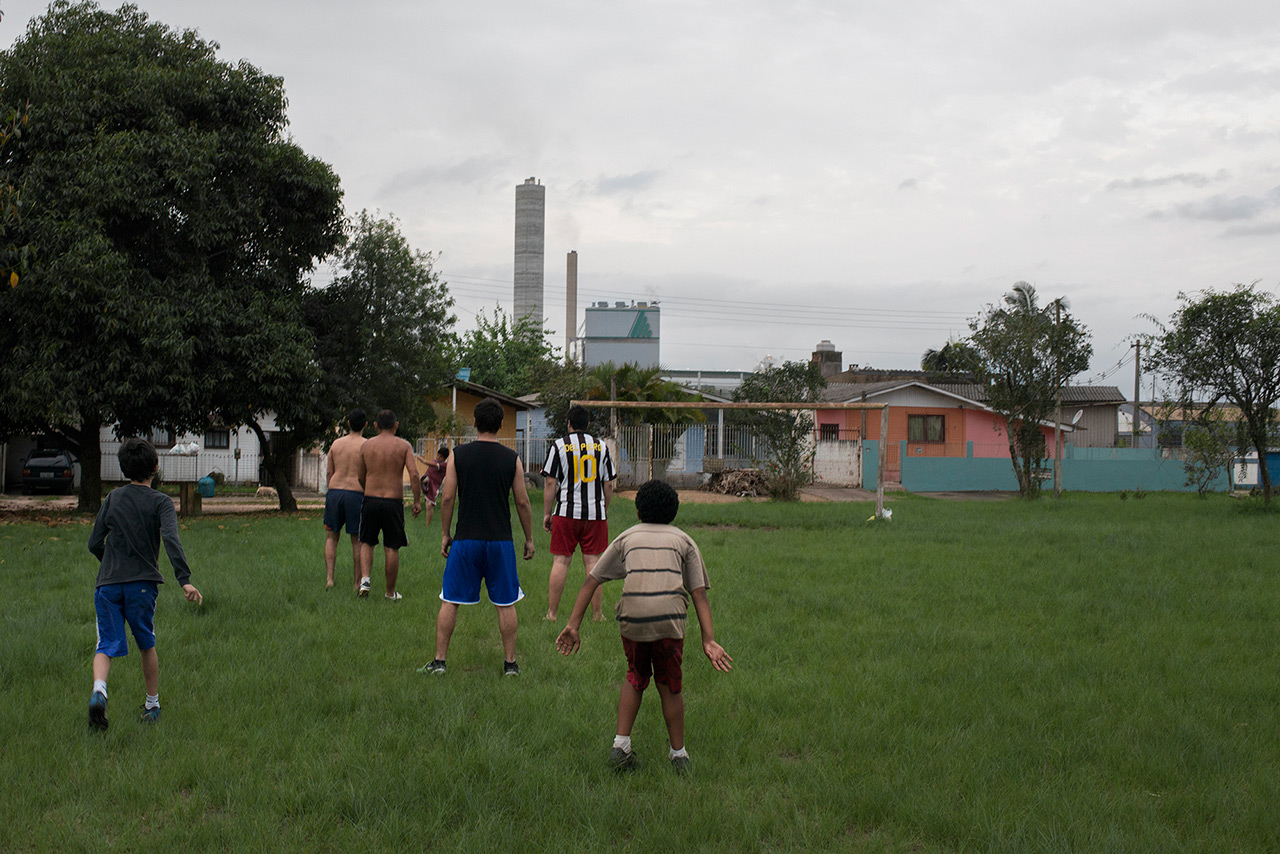 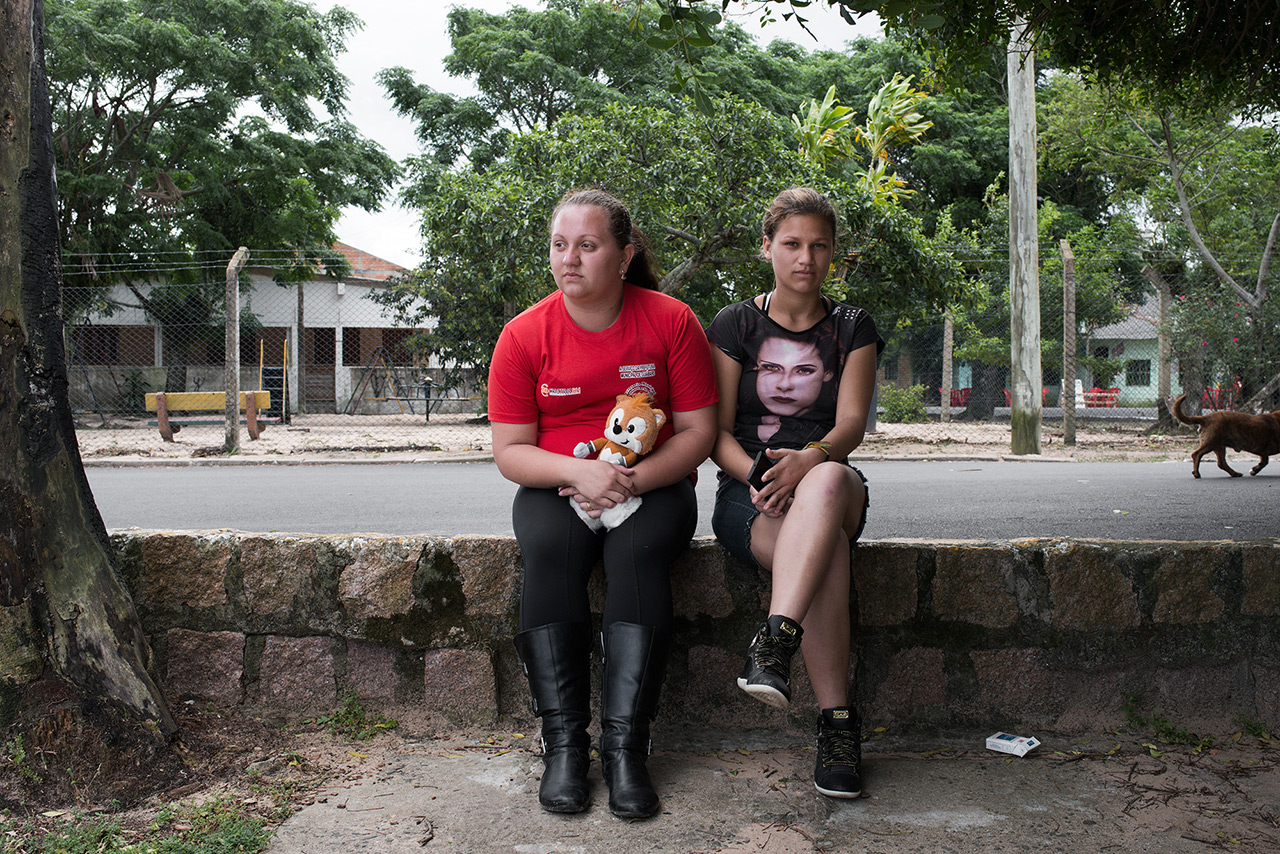 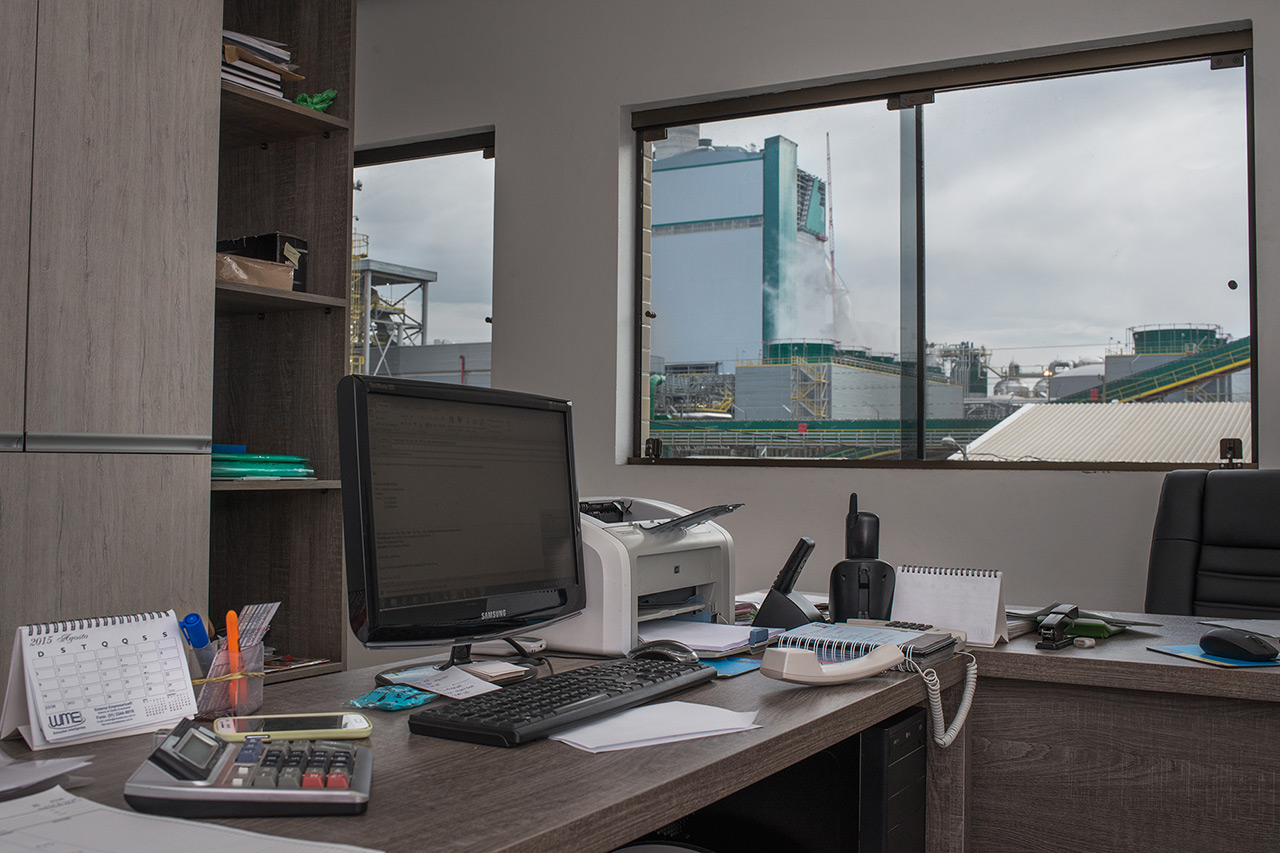 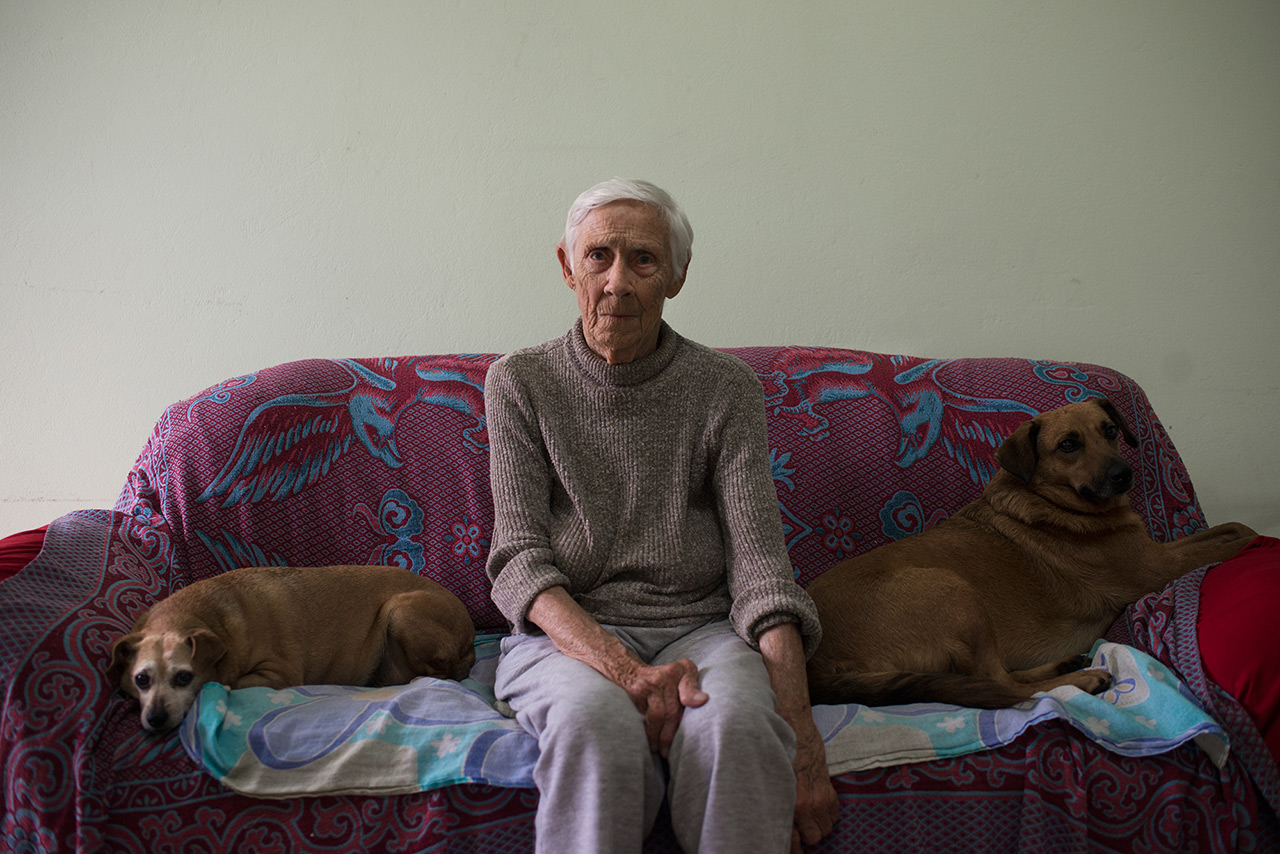 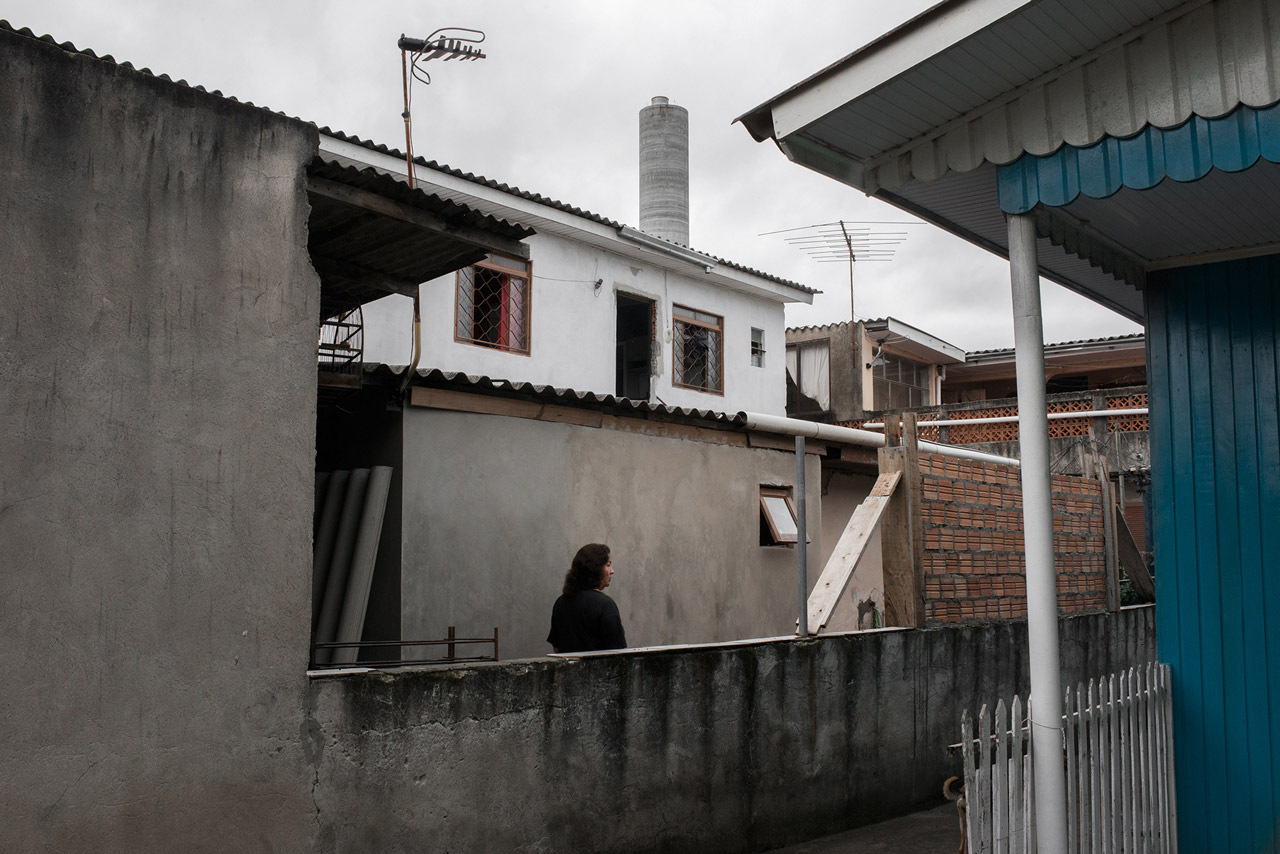 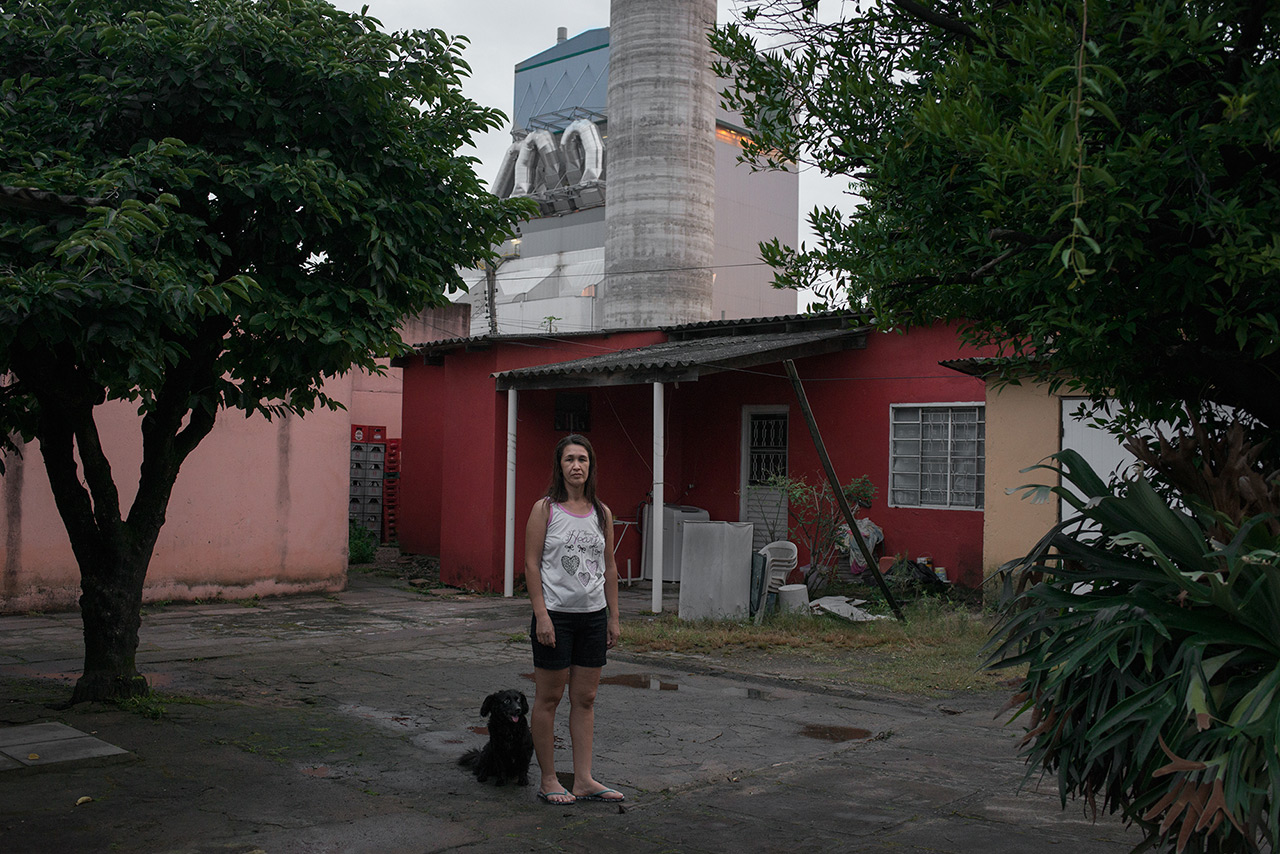 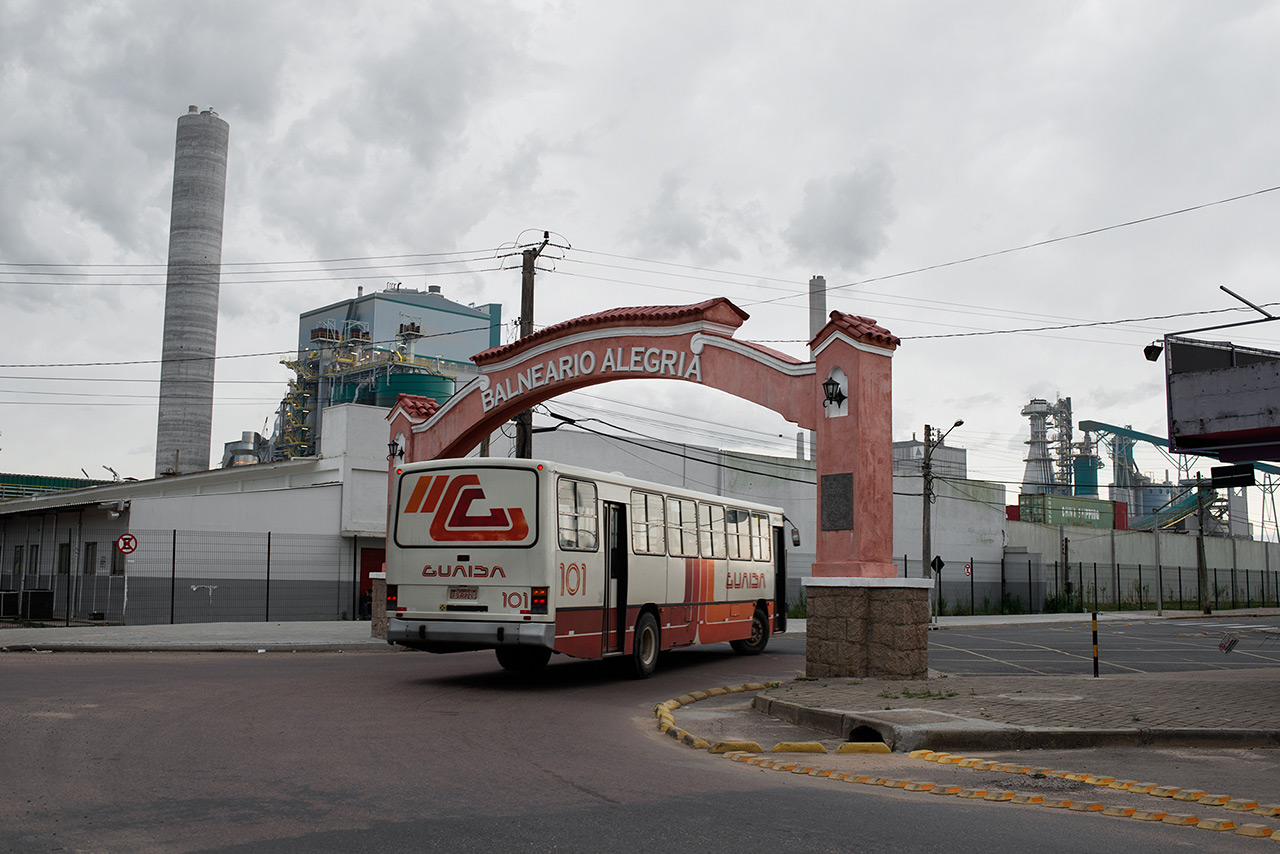 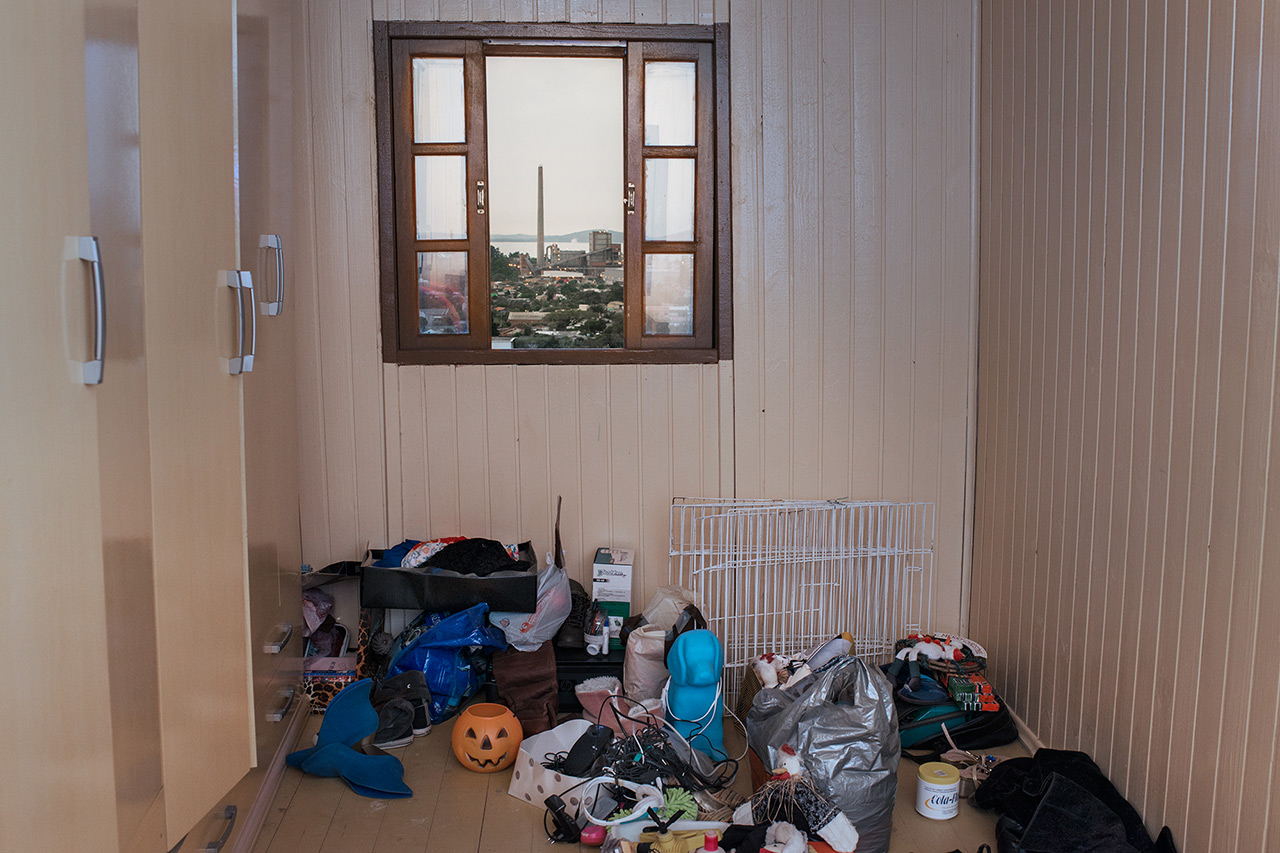 The small city of Guaiba in the south of Brazil is located on the edge of the lake of the same name and has 100.000 inhabitants. One aspect in particular is striking: a large cellulose factory, the only one in the world situated in an urban environment. From almost any point in the city you can see this concrete giant with its towering chimneys. Many argue that the factory contributes to the local economy, but some residents are fighting for better quality of life in the region, as well as for the reduction of the environmental and social impact of the pollution.

The pollution is almost invisible and those who suffer most as a result of it are residents in the south of the city, the true “neighbors” of the factory. It is precisely in this area that we find the main damage done as a result of its operation: the smell of sulfur and chlorine, the constant noise, toxic gases, smoke, dust and soot.

Tiago Coelho (Brazil, 1985). He graduated in Cinema in Porto Alegre, Brazil, and has an MA in Photojournalism EFTI in Madrid, Spain. He currently teaches photography at the University UNISINOS and works as a freelance documentary photographer. He participated in several solo and group exhibitions in Brazil, Argentina, Uruguay, Russia, Portugal, Spain and Switzerland. He participated in the Photoquai Biennial 05 in Paris.